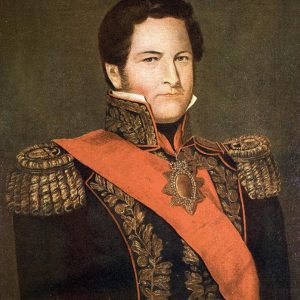 Benito Mussolini was an Italian political leader who established fascism in interwar Italy. He held the positions of president of the Council of Ministers of Italy (1922-1943) and leader (Duce) of the Italian Social Republic (1943-1945).

His political life began in the ranks of socialism. But after going through World War I, he renounced his Marxist past, turned to the right, and became a nationalist. In 1921 he founded the National Fascist Party and the following year organized the March on Rome, which allowed him to reach power. Little by little, he was building an authoritarian regime that ended the parliamentary system, persecuted opponents, and criticized both capitalism and socialism.

Zygmunt Bauman (1927-2017) was a Polish sociologist, thinker, teacher and writer, one of the most critical voices in contemporary society. He created the expression “Liquid Modernity” to classify the fluidity of the world where individuals no longer have a standard of reference.

Zé Ramalho – Biography, Career, Songs (Brazil) Biography of Zé Ramalho Zé Ramalho (1949) is a Brazilian singer and composer, one of the great voices of the Northeastern generation of the 70s. José Ramalho Neto…

William Stanley Jevons was an English economist and logician, known for pioneering the Marginalist Revolution and for his use of the differential calculus in economics.

William Stanley Jevons (1835-1882) was born in Liverpool to a wealthy merchant family. He entered  University College London , but due to the bankruptcy of the family businesses, he had to withdraw from studies and travel to Sydney, Australia to work for several years at the Mint.

Sir Ahmadu Bello was one of the greatest Nigerian nationalists and, perhaps the most forceful Nigerian politician of the 1950s and early 1960. A great grandson of Uthman dan Fodio, the Fulani religious leader who founded the Sokoto Caliphate, Ahmadu Bello was born on 12th June, 1909 at Rabbah, near Sokoto.

Dr. Nnamdi Azikiwe “Zik” Benjamin, a foremost nationalist and statesman was born at Zungeru in Northern part of Nigeria in 1904. At the time of his birth, Azikiwe’s father was serving as a clerk in the Nigeria Regiment at Zungeru. He attended schools at Onitsha, Lagos and Calabar before going back to Lagos in 1921 to further his education.

Chief Jeremiah Obafemi Awolowo was born at Ikenne, Ogun State on 6th March, 1909. He had his early education at Ikenne and Abeokuta before proceeding to Wesley College, Ibadan.