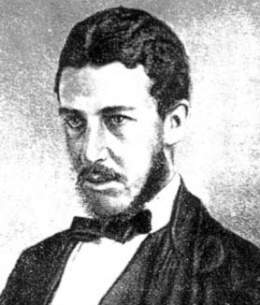 Greatest Achievements : Father of the theory of marginal utility. His ideas laid the foundations for a revolution in economic thought: the marginalist revolution.

William Stanley Jevons was an English economist and logician, known for pioneering the Marginalist Revolution and for his use of the differential calculus in economics.

William Stanley Jevons (1835-1882) was born in Liverpool to a wealthy merchant family. He entered  University College London, but due to the bankruptcy of the family businesses, he had to withdraw from studies and travel to Sydney, Australia to work for several years at the Mint.

Back in London, he finished his studies in 1859, he wrote texts on economic theory, empirical economics and logic. Between 1866 and 1876 he was a professor at Owens College, Manchester and later at University College London.

To posterity, what would make him world famous would be his mathematical approach to economic theory, in particular the use of differential calculus, to deal with the questions of wealth, value, utility, supply, demand and exchange.

At the beginning of the 1870s, three European authors (the English Stanley Jevons, the French Leon Walras  and the Austrian Carl Menger) published, each one separately, the concept of marginal utility  that they had developed from the application of differential calculus to economic theory.

The notion of marginality results from the application to economic theory of the mathematical concept of the derivative, that is, the variation of one variable with respect to the infinitesimal variation of another.

Mathematical treatment appeared as the objective method par excellence, due to the clear identification of the variables, their functional relationships, and the logical rigor that allowed conclusions to be drawn without the ambiguities of prose. In addition, mathematics made it possible to find the optimum (generally maximum and minimum) using the optimization theory of differential calculus.

His ideas laid the foundations for a revolution in economic thought: the marginalist revolution, which would be the precursor of what we know as neoclassical economics .

The book written by Jevons is entitled “The Theory of Political Economy“. In this text, he makes explicit his conception of economics as a mathematical science for the simple reason that economics analyzes quantities.

Although many believed that economics was about non-measurable concepts, Jevons believed that audacity was required on the part of economists in order to capture more data from economic reality and examine it scientifically.

Jevons replaced the focus on the problem of value. He considered that the objective theories (based on production costs and the labor theory of value) were incorrect. He adopted a theory where value depended on utility, that is, on its ability to produce pleasure or prevent pain.

The problem that Jevons tackled was to maximize the total utility of an individual who was subject to a  budget constraint. Namely,

This problem solved it and came to that:

This mathematical expression, known as the Jevons equation, shows that the Marginal Substitution Ratio between two commodities is equal to the price ratio between them.

This problem would be constituted as a classic exercise in Microeconomics courses, in which it is taught to solve it using the optimization method with Lagrangian mechanics.

Finally, it should be noted that although William Stanley Jevons did not start a school of thought, Francis Ysidro Edgeworth and Philip Wicksteed took some of his valuable contributions to the theory of utility, exchange, capital and interest.