The proletariat is a social class composed of workers, usually of humble origin. 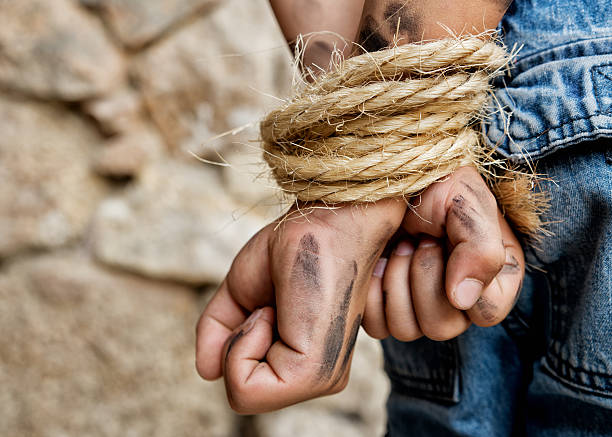 The proletariat are the class of people who do not have means of production. They are exploited workers in capitalist system and only earn their living through wage labour.

Similarly, they have no say in the area of decision making of any organization.

A proletariat sells his labour power and lives by the pennission of the bourgeois.

The surplus value which he produces goes into the pocket of the bourgeois and do not influence or bring about a positive change in his standard of living.

The existence of the term proletariat acquires special importance in the 19th century thanks to the postulates of and Friedrich Engels and the appearance of the communist manifesto. In this way the meaning of the proletarian individual was formed and, therefore, of the union of these workers in a majority working class confronted with bourgeois capitalism.

The proletariat as a social aggregation has its base in the urban and industrial environment, carrying out its professional work in factories and companies in exchange for a certain remuneration and without having ownership of the means of production. However, there is also the concept of the rural proletariat, more dedicated to work in the fields such as livestock and agriculture.

According to the original socialist and communist theses, the maximum expression of the role of the proletariat must exist through the figure of the dictatorship of the proletariat. Furthermore, based on socialist and communist socio-economic arguments, this social sector is responsible for the advancement of society and identifies with the working class.

Advancement of the Concept of the Proletariat

For communist and Marxist theory, the proletariat is the main force for the economic advancement of a territory, as well as the main tool for controlling the bourgeoisie as a mechanism of class oppression.

According to the bases of communism, the precarious conditions in which the proletariat carries out its professional work will provoke a reaction from the working class, translatable to a certain extent as class struggle.

Against the lack of labor rights or the existence of situations of insecurity or minimum wages, proletarian workers would organize and through the workers struggle they would have to confront the bourgeois employer. Historically this has come about through social revolutions, as was the Russian Revolution in the early 20th century.

In this way and with the economic and technological development that took place in the 20th century, the concept of the proletariat has evolved together with the appearance of phenomena such as social democracy or neoliberalism and the appearance and growth of the middle classes in Western societies mainly.

Proletariat and Proletarian: What are the Differences?

It should be noted that when we speak of the proletariat and the proletariat, we are speaking of the part and the whole. That is, they are very similar but not the same concepts. Thus, for example, a branch and a tree are closely related concepts. In that line, the branch is the part of the tree.

Any working person who is part of a group called the proletariat is called a proletarian. That is, individuals who receive from an employer a certain income or salary in compensation for their work.

The concept of the proletarian has developed hand in hand with advances in socioeconomic study in recent centuries, although it had its beginning in the currently established meaning thanks to Marxist theory and the communist manifesto in the 19th century.

Usually, and according to communist theory, the proletarian responds to the profile of an individual worker who develops a professional work for which he is paid. By this same practice, it is financially dependent on its work against a contracting party.

The aggregation of the many proletarians of a society supposes the existence of the proletariat, the majority working class in an economy and which is understood as the working class of the country.

Features of a Proletarian

According to socialist and communist theories, the proletarians share some more common points, such as:

With the emergence of the Industrial Revolution, the role of the proletariat acquires a new and important meaning, thanks as indicated above to the socio-economic theses of socialist and communist tendencies.

Already in the twentieth century and with the development of new types of workers thanks to the proliferation of the service sector and the increase in the level of economic well – being and the growth of the middle classes, the concept of proletariat has changed substantially, having to adapt to new postulates like that of social democracy.