Problem of Revenue Allocation in Nigeria

Revenue allocation refers to the distribution of national resources between different levels of government, especially in a federation. A federation consists of strong and weak states, rich and poor states and large and small states.

There is therefore the need to balance the relationship between these differently endowed states. It is not in the interest of a federation that inequalities of wealth should exist between the different component units of a federal state.

Thus, in a federation there are two main problems of revenue allocation that have to be resolved. The first problem has to do with the ways in which differences in size and wealth between the component units of a federation may affect the allocation of resources between them.

In practice, states which are rich in a federation (e.g. the oil producing states in Nigeria) will always prefer fiscal autonomy and the control of their resources while the poor ones will always favour and demand for a system in which national resources are distributed evenly among the states.

The second problem is the extent to which the sharing of revenues between states can be used to promote even development and political stability.

Although these two issues are purely economic in nature, they are shaped by the existing power relations in the political system. Not surprisingly then, almost every constitutional review or change of government in Nigeria has always been confronted by a demand for change in the method of allocating federally-collected revenue in the country.

The response of the governments in the past has been to establish adhoc commissions to deal with the problem. In all, eight of such commissions have been set up at one time or the other in this country to resolve the problem of revenue allocation.

Sir Sydney Phillipson Commission was established as a result of the Richards Constitution of 1946. The commission recommended the use of the principles of derivation and even development but, in reality, only derivation was applied. Based on these formulas, the cominission recommended that the Distributable Pool Account should be shared among the three regions (North, West, and East) in the ratio of 46 per cent, 30 per cent and 24 percent respectively.

These discrepancies between the expected and the actual receipts led to bitter complaints from the Northern and Western Regions that their resources were being diverted to develop the Eastern Region. As a result, the Sydney Phillipson Commission’s report sowed the seeds of future political conflicts over revenue allocation.

The commission recommended the adoption of principle such as derivation, fiscal autonomy, need and national interest. The government accepted the recommendations of the commission. Unfortunately, each region had its own preference.

The Western Region, for example, preferred that maximum weight be given to derivation; the Northern Region wanted more emphasis to be given to need, while the Eastern Region insisted that only national interest should be used.

The Louis Chick Commission was constituted after the promuglation of the Lyttleton Constitution of 1954 to look into and report on the effects of the decentralization of government on the revenue allocation system.

The commission led by Sir Louis Chick recommended derivation as the major principle for revenue allocation m the country.

The Raisman Commission was appointed in 1957 following widespread dissatisfaction with the Chick’s derivation principle (that is, distribution based on the contribution of each region to national resources). The commission recommended that the following objectives should be considered in any revenue allocation exercise.

The allocation of the funds in the Distributable Pool Account to the regions was based on the following formula:

Besides, each Regional Government was allowed to retain 50 percent of the resources produced in its region and develop its own independent sources pf revenue such as income tax, sales tax and license fees (Price, 1970, 215).

The principles of revenue allocation developed by the Raisman Commission were very conducive to economic and national integration. Consequently the recommendations of the commission Were in use for more than six years (1958 to 1964).

The Binns Commission in which Mr. K.J. Binns was the sole commissioner was appointed in 1964. The commission recommended that the Distributable Pool Account should be shared among the four regions in the following order:

Like the Raisman Commission before it, derivation remained a primary criterion for the allocation of revenue in the country.

The Dina Committee was established by the Federal Military Government in July 1968 to enquire into and recommend a new revenue allocation formula. The intervention of the military politics in 1966, the creation of 12 states in 1967 and the civil war that broke out in July 1967 called for a new revenue sharing arrangement that would reflect the politieal realities in the country.

The committee had eight members, four of whom were economists. The members of the Committee were all Nigerians.

The major recommendations of the committee included the following:

The major implication of this recommendation was that derivation was reduced from 50 percent to 10 percent.

The report of the Dina Committee was rejected by the Gowon regime largely because the recommendations were too technical in nature. The committee made a futile attempt to take revenue allocation out of the realm of politics. But politics and economics can hardly be separated.

Although the report of the Dina Committee was rejected, yet it was indirectly implemented by the Federal Military Government. For example, the Federal Government took over state universities at Zaria, Benin and Ife in the early 1970s in line with the recommendation of the committee.

Similarly the revenue from oil accrued directly to the Federal Government which consequently became stupendously rich and attractive to ambitious and greedy politicians. As a result, the states became mere appendages of the central government.

The unitary nature of military regimes and the power configuration in the country at that time largely accounted for the complete subordination of the states to the centre.

This was the first time an attempt would be made to share the Distributable Pool Account between three levels of government. The local governments became the third tier of government in 1976.

Moreover, the committee was required to propose formulae for the allocation of revenue on the basis of constitutional responsibility.

In other words, there should be a relationship between functions performed by a government and the resources allocated to it.

The committee, which was headed by Professor Ojetunji Aboyade, had six members, four of whom were economists. It rejected the previous principles of revenue allocation, which the committee said were arbitrary, politically controversial and statistically inconcise.

The recommendations of the Aboyade Technical Committee were predictably too technical and full of methodological problems. The measurement of fiscal efficiency and absorptive capacity of the states, for example, required the availability of skilled manpower, which was Menu to come by.

Like the Dina committee before it, the Aboyade Technical Committee attempted, rather futilely, to isolate revenue allocation from political influences.

In spite of its pretense to be value-free and objective, the Federal Government accepted the report of the committee, which it sent to the Constituent Assembly that was then in session at that time.

Predictably, the report was rejected by the Constituent Assembly, a political body comprising mainly aspiring politicians who had their eyes on 1979 and had to carry the local people along with them if they were to succeed in theirpolitical adventure.

Following the rejection of the report of the Aboyade Technical Committee, the civilian government of Alhaji Shehu Shagari appointed the Okigbo Panel in 1979. Like the two previous committees, it was an all-Nigerian affair.

The recommendations of the commission provided the basis for the 1982 Revenue Allocation Act. The Act stipulated that the Distributable Pool Account should be shared as follows:

This revenue allocation formula was used throughout the Second Republic. The military governments, which succeeded it, also applied it only with minor modifications. Although no new fiscal allocation commissions were appointed, the issue of revenue sharing among the component units of the federation remained contentious.

In particular, there were agitations especially from the oil-producing states for a return to the use of derivation and more lately, resource control. The central problem, however, was that the Federal Government continued to retain the bulk of national resources.

As said before, the 1989 and 1999 constitutions of the Federal Republic of Nigeria provided for the establishment of the Revenue Mobilization Allocation and Fiscal Commission (RMAFC). The body is required to provide a systematic and stable machinery for the collection and allocation of revenue in the country.

It makes recommendations on revenue allocation to the President who in turn presents a proposal to the National Assembly for consideration and approval. Unfortunately, RMAFC has not been sufficiently innovative in providing an acceptable allocation formula that would remedy the existing imbalance in the system. 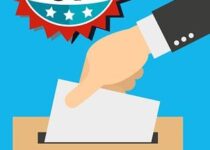