Local government may be defined as a government established through an Act at the local level and to deal with specific matters as it affects them. Under the 1963 Republican constitution, local government authorities were created mainly to deal with matters of local concern, e.g. markets, feeder roads and motor parks.

The essence of local government creation is to involve local participation inthe affairs of their country. Not only that, to bring them into the realms of politics at the grassroots.

Most modern states and governments embrace three or two tiers of government, for example, central, state and local governments, as exist have in Nigeria.

The powers of government and administration are therefore made relevant at the local level. Local government are created through a document called ‘Instrument’. They are created like corporate bodies because they had legal existence.

They could sue and be sued.

Problem of Local Government in Nigeria

Related Topic ~  Merits and Demerits of a Federalism

Solutions to the Problems of Local Government in Nigeria 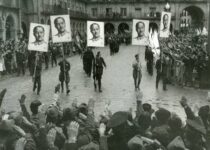