Features of the 1963 Republican Constitution In Nigeria 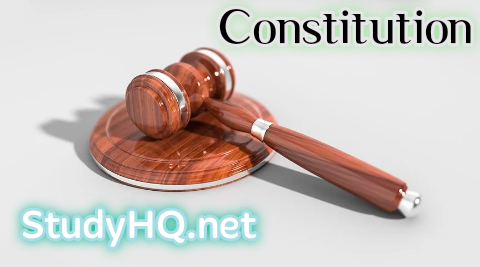 Features of the 1963 Republican Constitution In Nigeria

The prime minister and regional premiers met in May, 1963 in order to discuss and settle constitutional issues. So, the conference of heads of government of Nigeria agreed to summon an all-party constitutional conference in Lagos to suggest to it, important changes in the constitution.

The all-party conference met in July, 1963 and agreed that Nigeria should become a republic and that the president of the republic should have the same powers and functions as the Governor-General under the Independence Constitution.

Features of the Republican Constitution of 1963

The 1963 Republican Constitution of Nigeria had the following features.

The 1963 Republican Constitution created the Office of President. The President was Head of State and Commander-in-Chief of the Armed Forces. He had no real executive powers.

The President was elected by the Senate and the House of Representatives sitting together as an electoral college and voting by secret ballot. The President could also be removed by the two houses in the same manner.

To be eligible for election as President, a candidate must be at least 40 years old. He was required to serve for a term of five years and could only be re-elected for a further term of another five years.

The President of the Senate acted for the Nigerian President whenever the office became vacant.

The Federal Parliament comprised the President of the country, the Senate and the House of Representatives. The President must assent to any law made by the legislature before it could have effect.

Both the federal and regional governments handled the matters in the concurrent list but the Federal Government law prevailed where it conflicted with any regional law.

The President appointed the judges of the Supreme Court and the High Courts on the advice of the Prime Minister. This new arrangement did away with the past practice whereby judges were appointed on the recommendation of the Judicial Advisory Committee.

Related Topic ~  Problems of the Civil Service in Nigeria

President is the same as Governor

Prime Minister is the same as Premier

Council of Ministers is the same as Executive Council

Parliament are called Regional Legislature in the Regional Constitutions

Senate is the same as House of Chiefs

House of Representatives are called House of Assembly

Act of Parliament is called Law in the Regional Constitutions.

The 1963 Constitution was not only federal and republican; it was also written and rigid. The procedure for amending the constitution may be summarized as follows:

a) All proposals for amendment of the constitution required the support of a two-thirds majority of both houses of parliament.

b) Any provision affecting the rights and powers of a region, or fundamental human rights, should in addition be approved by at least three regional legislatures.

c) To create a new region, the request should, in addition, to the above requirements be approved by three-fifths of the registered electorate in a referendum carried out in the affected area.

Use The Download Button Below...
TOPICS:Major Features of 1963 Constitution Of Nigeria

1 Comment on "Features of the 1963 Republican Constitution In Nigeria"