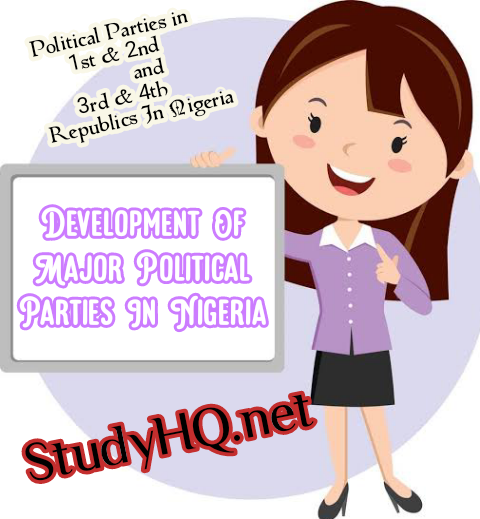 Northern People’s Congress (NPC) was formed in 1951. It started as a cultural organization, Jamiyyar Mutanem Arewa. The party was dominated by the Hausa/Fulanis, and Islam was the main faces. It ruled Northern Nigeria between (1951 – 1965) The leader was the late Sir Ahmadu Bello with, Sir Abubakar Tafawa Balewa as deputy. The party produced the first prime minister of Nigeria.

Unlike other political parties of that era, the NPC did not invest heavily in party organization in the first few years of its existence. The indirect rule policy which was a remarkable success in Northern Nigeria provided a ready instrument for the mobilization of the people in support of the NPC. It had only a small organization which was on provincial basis, and the party had its headquarters in Kaduna.

The need for party organization later became pressing due to a number of factors including the introduction of direct election after the 1951 elections, the opposition from parties based in the South and, the threat from the radical Northern Elements Progressive Union (NEPU), which won several seats in Kano in the 1951 elections.

The first President of the party was Sir Ahmadu Bello and his deputy was Alhaji Abubakar Tafawa Balewa who later became the Prime Minister of Nigeria. Other leading members of the NPC were Ibrahim Imam and Alhaji Inuwa Kano.

The party had a solid support among the emirs and a large followership among the masses in the north. The NPC had about 100,000 members in 1954. But it was virtually non-existent in the southern part of the country, and faced stiff opposition from the United Middle Belt Congress (UMBC) in the Middle Belt especially in the Tiv Region.

Aims and Objectives of the Northern People’s Congress (NPC)

The major objectives of the party were:

Sources of lncome of the Northern People’s Congress (NPC)

The major sources of the party’s income included:

The NPC was dominant in the politics of Northern Nigeria and, indeed the whole country, from its inception in 1951 to the military take-over of 1966.

After the 1959 Federal elections, the NPC formed a coalition government with the NCNC and its leader, Alhaji Tafawa Balewa became the first Prime Minister of Nigeria. This was the arrangement that subsisted at the federal level until the military coup of 1966.

Before the collapse of the First Republic, the party was never able to transform itself into a true national party. Its conservative position and strong attachment to traditional institutions in the northern part of Nigeria prevented it from being a progressive nationwide party.

The NPC was essentially a “prop for the regimes of the emirs”. The motto of the party i.e. “One North, One People”, made the party unattractive to people who were not from the area. But more importantly, it undermined the determination of minority groups such as the Tiv, Igala, Idoma, etc. to manage their own affairs.

Furthermore, the conservative line taken by the NPC on political issues alienated young northerners who eventually re-grouped to form radical parties like NEPU and UMBC.

Use The Download Button Below...
TOPICS:Emergence of Nationalist Parties In NigeriaThe Northern People’s Congress NPC 1951 In Nigeria

Be the first to comment on "Northern People’s Congress (NPC)"