Socialism is a philosophical current of economic, social and political thought, as well as a diverse set of political theories, movements and socio-economic systems that have been inspired by such thought.

All of them have in common the defense of the public, collective or cooperative property of the means of production of the society, instead of their property in private hands. In addition, it proposes the planning and organization of social and economic life from the forces that make up the State.

In other words, it is a set of philosophical, political, social and economic models whose objective is to build an alternative to capitalism and the accumulation of capital and private property that characterizes it. This with the desire to build a classless society, perceived as a fairer society and with a fairer distribution of wealth.

There is, however, no single form of socialism. There is not even a consensus on what exactly it is or how it should be implemented politically, socially or economically.

Thus, there are more radical forms (which are usually called communist) that propose the abolition of private property, and others instead that propose coexistence with the market economy, although under forms of control and social spirit. The same occurs politically with respect for democracy and the diversity of parties: there are those who propose the dictatorship of the proletariat, and others who defend social democracy.

Although the features of socialism can vary enormously according to its implementation, the following are generally considered as its characteristics:

Socialism was born as a movement within industrial society, although its philosophy has much earlier antecedents. Socialist or communist ideas can be traced in texts as old as the writings on Plato’s Republic (c. 427-347 BC), in the communal practices of the first Christians, or in the form of socio-economic organization of the Inca Empire (1438-1533).

The use of the term “socialist” in the contemporary sense dates from around 1830. It was used to describe the most radical wing of the various political movements and philosophies born during the revolutionary outbreaks of the 18th century, which associated with nascent capitalism the social unrest of the time, especially the followers of Robert Owen and Henri de Saint-Simon.

Some more pragmatic and others more idealistic, these movements shared largely agrarian views of socialism, and were baptized with that name by Pierre Leroux in his article On individualism and socialism in the Revue encyclopédique of 1833.

Related Topic ~  Types of Capitalism | Examples of a Capitalist Economy

With the Enlightenment, which advocated the use of human reason in understanding and improving society, the first modern, industrial socialism was born, which today we know as classical socialism. Its two cradles were France and England. Although they lacked a body of ideas altogether, they had important thinkers and militants who paved the way for the arrival in the 19th century of Marxism.

Marxist Socialism forever revolutionized the way of understanding society and history. In turn, he gave socialism a unifying theory of rational spirit, “scientific” in the words of the German revolutionary Frederick Engels (1820-1895). Since then, socialism or communism took effect within many parties and workers’ organizations in Europe.

It reached its political peak at the beginning of the 20th century, with the Russian Revolution of 1917 which, under the leadership of Vladimir Ilych Lenin (1870-1924), put an end to the Tsarist monarchy forever. Thus was founded the first socialist (Marxist-Leninist) country in history, Soviet Russia, which later became the Union of Soviet Socialist Republics (USSR).

Events in Russia fueled reactionary European sentiments. Thus, they were used to ideologically justify the birth of fascism, a dictatorial and fundamentally anti-communist political movement, which unleashed the Second World War.

At the end of the war in the middle of the 20th century, the world formally assumed the division into two blocs, throughout what was called the Cold War: the capitalist bloc led by the United States and England, and the communist or socialist bloc led by the USSR and China, which after the Chinese Communist Revolution (1949) had established its own vision of socialism, Maoism.

Born into violence, many of these dictatorial regimes were involved in wars, or committed genocides and atrocities in the name of the “new man” or of the future utopian society.

However, towards the end of the 20th century, and especially after the dissolution of the Soviet Union in 1991, most of the socialist countries had plunged into crisis and had been forced to reinvent themselves and more or less formally assume an economy market. The last decade of the 20th century heralded the death of socialism and the supposed “End of History“, in the words of the Japanese thinker Francis Fukuyama.

Still, a new political experiment took the title “21st Century Socialism,” a term from the German economist Heinz Dietrich Steffan. It began to gain world renown thanks to its evocation at the V World Social Forum by the then Venezuelan president, Hugo Chávez Frías (1954-2013), within the framework of his self-styled Bolivarian Revolution. 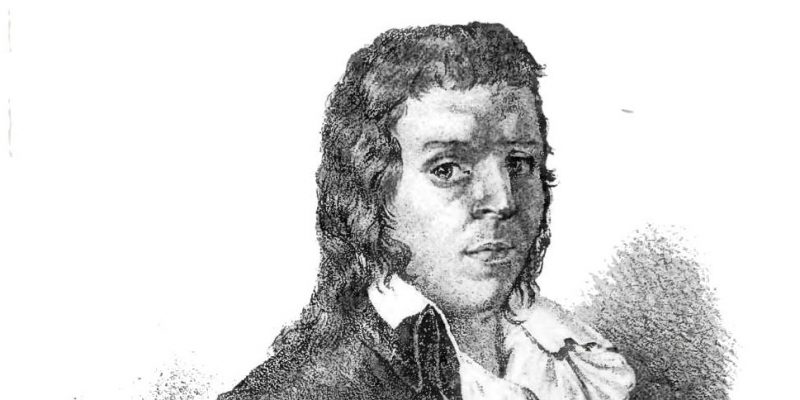 Utopian socialism is the name used to refer to the socialist and revolutionary movements that opposed early capitalism, throughout the 18th and 19th centuries, and that predate the emergence of Marxism. They were very different aspects from each other, arising as a result of the revolutionary cycles around 1800.

Some of the most important socialists of this trend appeared after the French Revolution of 1789. Several radical militants, such as French journalist François-Noël Babeuf (1760-1797), denounced that the Revolution had failed in the fulfillment of its ideals of freedom equality fraternity.

Consequently, these militants advocated the dissolution of private property, as well as the equitable distribution and enjoyment of the lands. These ideas led to Babeuf execution, accused of conspiring against the government, which made him a martyr for the socialist cause during the 19th century.

Another important name was that of Claude-Henri de Saint-Simon (1760-1825), founder of Christian socialism. This movement did not advocate the elimination of private property, but rather proposed centralized planning of production.

Thus, Christian socialism sought to anticipate the social and economic needs of the population thanks to the joint knowledge of scientists, industrialists and engineers, but also of the working class, who would be responsible for conducting economic production for the welfare of the entire society.

There was a link between pre-Marxist socialism and the philosophy of the Enlightenment, which advocated a rationally constructed world.

For example, Robert Owen (1771-1858) was a Welsh industrialist whose highly profitable textile mills operated under unusual humanitarian standards for the time (no one under the age of 10 worked, for example). For Owen, human nature was not born, but was made, and therefore selfishness was a consequence of living conditions, and totally reversible.

Thus, Owen bought land in the state of Indiana, United States, where in 1825 he tried to establish an ideal community: cooperative, social and self-sustaining, known as New Harmony (“New Harmony” in English).

The project unfortunately failed after a few years, taking most of Owen‘s fortune with it.

Scientific socialism is the theoretical current of socialism developed by Friedrich Engels and Karl Marx, thus named by their own authors. It was the foundation of all later Marxist doctrine and thus distinguished it from previous strands, which came to be called “utopian socialism“.

The term “scientific socialism” had already been used by Pierre-Joseph Proudhon in his essay “what is property?” of 1840 to baptize a model of society governed by reason and directed by scientists.

The distinction between scientific socialism and its predecessors has to do with the incorporation of the scientific methodology devised by Marx: historical Materialism. This method proposes a historical and empirical view of human society, based on the conformation of the means of production and their control by a specific social class.

Thus, Marx and Engels fought, through a scientific look, both the traditional bourgeois ideas of history as a result of great men and great ideas, as well as the more abstract socialist visions, which revolved around the ideas of justice, freedom and equality.

Socialism and Communism: the Differences

Today there is no clear and universal difference between the terms “socialism or socialist” and “communism or communist“. However, the term communism is associated with the most radical or extremist aspects, while communism is reserved for more lax forms or more combined with democracy.

However, the term “communism” is prior to that of “socialism“, and was in common use by the neo-Babuvistas (followers of the legacy of François Babeuf). Among them are French like Jean-Jacques Pillot and Étienne Cabet.

Both organized a huge banquet with the presence of more than a thousand diners, almost all workers, on the outskirts of Paris on July 1, 1840. There they discussed the need for profound changes to achieve “real equality”, which did not go only through the political.

In those times, the “communists” and “socialists” distinguished themselves, precisely, in their degree of radicalism and the commitment they showed to the ideas of class struggle. This is precisely why Marx and Engels chose the term “communism” and not “socialism” to develop their philosophical theses and to name the association they founded in 1847, the League of Communists.

However, both Engels and Marx considered that socialists and communists had a common goal: to achieve society without social classes. In that sense, socialism was a first stage, looser, that would open the doors to communism, defeating the state and overcoming bourgeois democracy.

Socialism and Capitalism: the Differences

Since the middle of the 20th century, socialism and capitalism have been considered opposing doctrines in their central philosophical thesis.

However, since the end of the 20th century there is not really a socialist power that is opposed to capitalism and globalization, but rather some nations with models more or less separated from the rest of the world. Among them are China (whose sui generis socialism contemplates, since the late 1970s, a market economy), North Korea, Cuba or Eritrea.