What is Price Discrimination?

In general, price discrimination occurs when a producer sells a commodity to different buyers at different prices for reasons not associated with differences in cost.

For example, doctors, lawyers and engineer sometimes vary their fees according to the incomes of their clients. Cinemas also charge lower admission prices for children.

Price discrimination occurs because different units of a commodity can be sold at different prices, and it will be profitable for the seller to take advantage of this if he can.

However, for price discrimination to be possible, certain conditions must be present. First, that it can control what is offered to a particular buyer and second, that it can prevent the resale of the commodity by one buyer to another.

The second of the two conditions ability to prevent resale tends to be associated with the character of the product or the ability to classify buyers into readily identifiable groups. Sewices are also easily resold than goods.

Equilibrium of a Price Discriminating Monopolist

Consider a monopoly firm that sells a single product in two distinct markets. A and B. Let’s also assume that there is no posibility of resale from one market to another. Since the tum can discriminate, it is under no obligation to charge the same price in market A that it charges in market B.

How then will it behave in each market? The marginal cost of producing another unit for sale in market A will depend on how much is being produced for sale in market B and vice-versa. To determine what overall production should be, we need to know the overall marginal revenue, to find this we merely sum the separate quantities in each market that corresponds to each marginal revenue.

The firm’s total profit maximizing output is at Qi where MRi and MCi intersect at a value Gi, the film will allocate sales between the markets until the marginal revenue of the last unit sold in each market are the same.

What is the difference between ordinaxy monopolist and price discriminating monopolist? 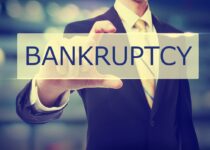 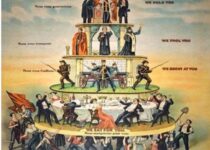