What is a Monopoly?

Monopoly Definition: A monopolist is a single seller or producer of a product which has no close substitutes.

Monopoly may be defined as a market situation where there is only one producer or supplier of a particular commodity that has no substitute and who has the power to influence the price of the commodity to his own favour. The commodity sold by a monopolist is usually differentiated.

Main Features of a Monopoly

Price and Output Determination Under Monopoly

In the image above, the marginal revenue curve (MR) and the average revenue curve (AR) of a monopoly firm are shown to be different from what they look like under perfect competition.

The AR curve is shown to be different from the MR curve because in order for a monopolist to be able to sell extra units of his product, he has to lower his price which means a fall in his marginal revenue and vice versa.

That is why at all times the marginal revenue curve and the demand curve are not the same, as shown in the image. The equilibrium level of output is determined at point B where marginal cost and marginal revenue are the same.

The monopolist will however charge a price (M) making an excess profit represented by rectangle (PMTE). This means that marginal revenue is no longer equal to price as is obtained under perfect competition.

Advantages of a Monopoly

Disadvantages of a Monopoly

Under-utilization of societal resources. In order for a monopolist to charge the monopoly price, he may supply fewer products into the market thereby under-utilizing labour and other productive resources.

Monopolists sometimes reduce the welfare of the consumers by charging them exploitative prices.

Lack of competition may lead to inefficiencies e.g. poor services and lack of enterprise.

A feeling of complacency on the part of a monopoly can lead to degeneration in technical progress, research and innovation.

The following points are some of the measures that can be used to curtail or eliminate the power of monopoly:

Tags:Control of a Monopolistic Competition 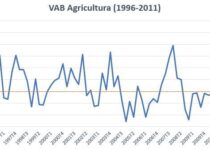