The National Economic Council first came into existence under the 1979 Constitution.

The council advises the President on economic matter affecting federal and state governments in Nigeria.

The members of the council which is headed by the Vice President are state governors and the Governor of the Central Bank of Nigeria.

As the meetings of the council are not scheduled and regular, it is difficult to assess in effectiveness in dealing with problems of inflation, poverty, etc. However, the composition of the council appears more representative of political interests than economic interests.

Economic issues are technical matters which are better handled by economist and technocrats. More importantly the producers ofthe country‘s wealth (e.g. Workers) and civil society organisations ought to be adequately represented on the council.

The National Economic Council (NEC) was established by the provisions of the Constitution of the Federal Republic of Nigeria, 1999, as amended; Section 153(1) and Paragraphs 18 & 19 of Part I of the Third Schedule.

The National Economic Council was inaugurated by President Muhammadu Buhari on 29 June 2015. Chaired by the Vice President, Prof. Yemi Osinbajo, SAN, the NEC, which meets monthly, has the mandate to “advise the President concerning the economic affairs of the Federation, and in particular on measures necessary for the coordination of the economic planning efforts or economic programmes of the various Governments of the Federation.”

Membership of the NEC comprises of the 36 State Governors, the Governor of the Central Bank of Nigeria and other co-opted Government officials. 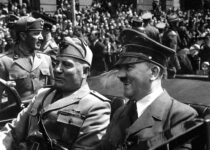