Limitations on the Exercise of Judicial (Judiciary) Powers

The judiciary constitutes the arm of government that interprets the law of the state and applies the existing law to individual cases. In any modern state, the liberty of individuals depends upon the fairness of the courts in providing protection against the tyranny of overzealous members of the government.

The judiciary, for example, is made up of a large number of courts, ranging from the Supreme court, Appeal courts, High courts and down to magistrate and customary courts. 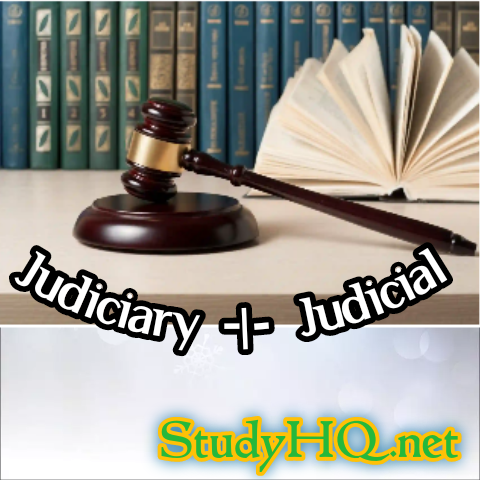 The judiciary consists of judges who are honest and impartial with sound legal knowledge.

Limitations of the Judiciary Powers

What limitations are there on the power of the judicial branch?

Precedents or previous court decisions impose some limitations on the discretion of judges. They have to follow the precedents, which are binding.

Judicial officers are members of the society. Consequently, they are subject to influences from governments, and various social groups (religious, club etc) to which they belong.

The legal profession has certain rules and ethics, which judges have to adhere to. A judge, for instance, has to watch the company he keeps and must keep abreast of develdpments in the field of jurisprudence, etc.

The legislature may circumvent judicial opposition by enacting new laws.

Constitutions may be amended or rewritten to weaken the powers of the judiciary.

The executive control of the judiciary is perhaps the greatest limitation on the powers of the judiciary. The ministries of justice, for example, are able to exercise considerable control over administrative matters relating to the judiciary, such as appropriations, introduction of new laws, regulating punishments as well as controlling appointment of senior judges.

In the enforcement of court decisions, the cooperation of the executive is very important. It is one thing for a court to make a ruling and it is another thing for the decision to be enforced by the executive, which controls the police, prison, etc.

The judge is as affected by the loss of core values as any other person in the society. Where there is excessive love of money, dishonesty, lawlessness, disrespect for constituted authority, indiscipline, and patent lack of integrity, a judge can easily compromise his integrity without any scruples.

Use The Download Button Below...
TOPICS:Problems of the Judicial System