What is Labour Force?

The size of the labour force is determined by:

Since the labour force is the human capacity to carry out a job, the instruments of this force will be the necessary tools to carry it out,  the specialized knowledge  (technical or procedural), and the means of production (the factory, the machinery, etc.).

However, for labor force to exist, it must be free from the means of production and its remuneration must be the only means of sustenance; This means that the labor force of a nation at any given time will be the number of workers willing to work and in need of employment to meet the demands of their family.

Differences Between Labour and Labor Force

This distinction is key, according to Karl Marx and Engels, to understand in political economy concepts such as surplus value and profit, key in the mechanism of the exploitation of the working class. On the other hand, the economists of the time preferred to think of labour from the cost of training the worker himself, what they called the cost of production of labor power.

With this distinction, Marx affirms that  the worker sells his labor power to the capitalist, not his labor, thus distinguishing the  process  of labor from the process of valorization. The key in this is that in a working day a worker does more work in the production of the merchandise than it costs to reproduce the value of his labor power.

Put more easily: a worker produces for the capitalist more than he and his family need to subsist. This surplus is the surplus value, the profit of the factory owner, for which he will not pay the worker (he will pay him only for his labor power).

An example to understand this concept is the following. Suppose a textile worker seeks employment, selling his labor power. A capitalist hires him to produce clothing that costs $100 to produce, in exchange for a salary of $50.

In this scenario, the capitalist is not paying him for the cost of production of each garment, but for his labor force, estimated at half. However, for every garment that the textile worker produces and the capitalist sells, he will get the cost of the worker’s wage and an additional 50% surplus value.

Hence, the labor force can also be understood as a commodity that the worker sells to the owner of the textile factory. 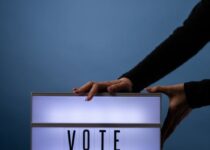