At the request of the administrative field, the concept of deconcentration is used to designate that technique through which the transfer of ownership is executed, or failing that, the exercise of the competence that the corresponding regulations attribute as their own to a certain body to another belonging to the same administration and who is dependent on hierarchical matters.

It should be noted that it is the very regulation that attributes the competence that must provide the conditions and terms in which the deconcentration takes place, as well as what corresponds to its exercise.

Another important issue is that deconcentration will always be between organisms that are hierarchically dependent and in a descending sense.

Meanwhile, when ownership is transferred and not only the exercise, as occurs with the delegation of powers, this will mean that the body that receives the power will be able to exercise it as its own.

On the other hand, the delegation of powers implies the transfer by a higher body to a lower one, leaving the delegated body with its ownership.

By case, also the delegating authority will be able to revoke the delegation.
However, with regard to responsibility for decision-making that are adopted or the actions that are specified fall on the delegating body. It will be this one who exercises effective control.

Once the deconcentration has been finalized, it may be organic, which implies creating bodies that will be placed outside the headquarters without affecting the organization of the unit; and on the other hand it can be functional, which implies the delegation of powers to another body of the same unit.

On the other hand, the word deconcentration is used to designate the moment in which a mobilization of people or march ends and then its participants begin to disseminate, separate, from the protesting group to return to their activities, to their homes. The most serious incidents occurred in the deconcentration of the march.

It is worth noting that the concept is also used to name those deconcentration of crowds after music recitals or football matches, events that tend to concentrate large masses of people.

And also the word refers to the lack of concentration, attention that someone presents with respect to something, a reading, a speech, a class. 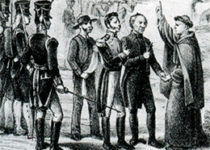 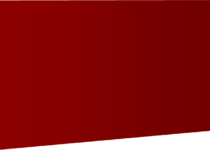