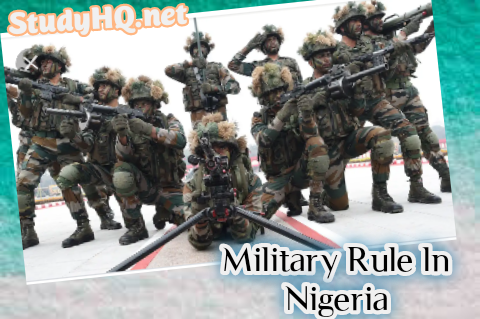 The information above are basically what we found on Johnson Aguiyi-Ironsi Wikipedia official page as at times of publishing this article. We’re not responsible for any further changes made in future. 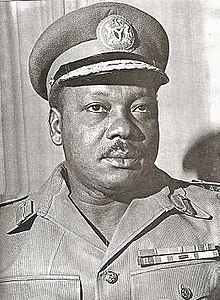 The write-up below only explain in details the military administrations of Johnson Aguiyi Ironsi. We don’t published any information regarding Aguiyi-Ironsi early life before his military regime, neither do we write any information after his dismissed from office.

The deep division in the political class and the military institution itself, encouraged a few young army officers to overthrow the civilian government of Alhaji Tafawa Balewa at the dawn of 15th January, 1966.

While the coup initially enjoyed some measure of success in Northern Nigeria, it was badly executed in Southern Nigeria. This gave Major General Johnson Thomas Umunnakwe Aguiyi Ironsi, the General Officer Commanding (GOC) of the Nigerian Army, the opportunity to mobilize loyal troops to quell the coup by Major Nzeogwu and his collaborators.

After successfully quelling the uprising in the south, General Ironsi took over in Lagos and, soon after, what was left of the civilian government quickly transferred full responsibility for the government of Nigeria to Ironsi.

By 18th January, 1966 – Nzeogwu and the other coup plotters had been rounded up and detained in Lagos.

As expected, the new military government suspended the constitution and banned political parties and political activities. In other words, all institutions of civil rule were outlawed.

In this new dispensation, both legislative and executive powers were vested in the military government at federal and regional levels. The Supreme Military Council (SMC) was the highest decision-making organ of government and the National Executive Council was the executive arm of government.

The Head of State was the chairman of both bodies.

At the state level, the military governor was the State’s chief executive. He also served as the chairman of the State Executive Council, which was the executive arm of the government. The governor made edicts which had the force of law just as decrees were made by the central government.

The constitutional changes did not, however, affect the judiciary which continued to function as stipulated under the 1963 Republican Constitution.

Related Topic ~  Advantage and Disadvantage of Confederal System of Government

The greatest undoing of the Ironsi regime was its decision to convert Nigeria into a unitary state through the Unification Decree of 29th May, 1966. This led to riots and disturbances in parts of Northern Nigeria and the killing of many southern Nigerians resident in the north. These crises heralded the coup of July 1966 – the second Military coup in Nigeria.