This information are basically what we found on Yakubu Gowon Wikipedia official page as at times of publishing this article. We’re not responsible for any changes made in future. 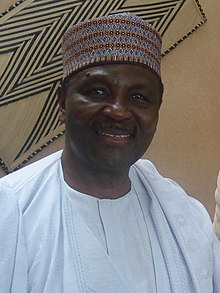 This article only explain in details the military regime of Yakubu Gowon. We don’t published any information regarding Yakubu y early life before his military services, neither do we write anything information after been removed from office.

Lt Colonel Yakubu Gowon, the Chief of Army Staff under Ironsi, became the Head of State and Commander-in-Chief of the Armed Forces after the bloody coup d’etat of 29th July, 1966 which led to the assassination of General Aguiyi Ironsi and Lt. Colonel Adekunle Fajuyi, the military governor of Western Nigeria and several military officers mainly of Igbo extraction. Ironsi was killed while on a state visit to the Western Region.

The immediate causes of the coup included the following:

The assassination of General Aguiyi-Ironsi and several officers of Igbo origin in the July 1966 coup precipitated a series of crises in the political system. First, the Igbo were alienated and most of them resident in other parts of the country heeded the call by Ojukwu to return home.

Secondly, the Governor of Eastern Nigeria, Colonel Odumegwu Ojukwu refused to cooperate with the new military government at the centre. Finally, the state of Biafra was declared in 1967 by Colonel Ojukwu and the leadership of the region

On its part, the Gowon regime reinstated the federal system of government in September 1966. In addition, 12 new states were created on 27th May, 1967. When all peace efforts, including the Aburi Accord, failed to resolve the political crises in the country and dissuade Ojukwu from the secessionist attempt, civil war broke out on 6th July, 1967. It ended 15th January, 1970 following a formal surrender by the secessionists.

Immediately, after the war, Yakubu Gowon announced a three-pronged programme of reconciliation, rehabilitation and reconstruction to win back the Igbo into the Nigerian fold and demonstrate that there was no winner or loser in the war.

The central government also announced a transition programme which was due to end in October 1976 but Gowon later reneged on his promise to hand-over power to civilians. As a result, the government became unpopular and was subsequently overthrown in a bloodless military coup on 29th July, 1975.

Although Nigeria remained a federation, there was much concentration of power at the centre. This was in line with military tradition and commamd structure. The creation of 12 states in 1967 further weakened the states in relation to the centre.

How to Convert a PDF to Word

Ways to Practice Self Love and Be Good to Yourself

Getting Over Someone You Love Faster