Culture developed around the city of Teotihuacán, during the early Classic Period.

Who were the Teotihuacanos?

The Teotihuacanos were a culture developed around the city of Teotihuacan, located in the central region of Mexico, during the early Classic Period, according to the periodization of Mesoamerican history. This had its apogee between the years 100 BC and 650 BC approximately.

Between 750 and 800, the city was destroyed and occupied by people of other cultures who mixed with the old population. The causes of its destruction are not known with certainty. According to some authors, it would be due to changes in the environment added to other factors, such as natural disasters.

Other theories maintain that Teotihuacan was a warrior and expansionist culture and that the confrontation with other peoples had great importance in its destruction.

The name Teotihuacán means “place of the gods” in the language of the Aztecs, since they believed that the monuments of that place had been built by gods and considered it a sacred territory.

Teotihuacán was located in central Mexico, in the Teotihuacán valley, to the east of Lake Texcoco. From there it spread its influence both West and East, to the Gulf of Mexico region. 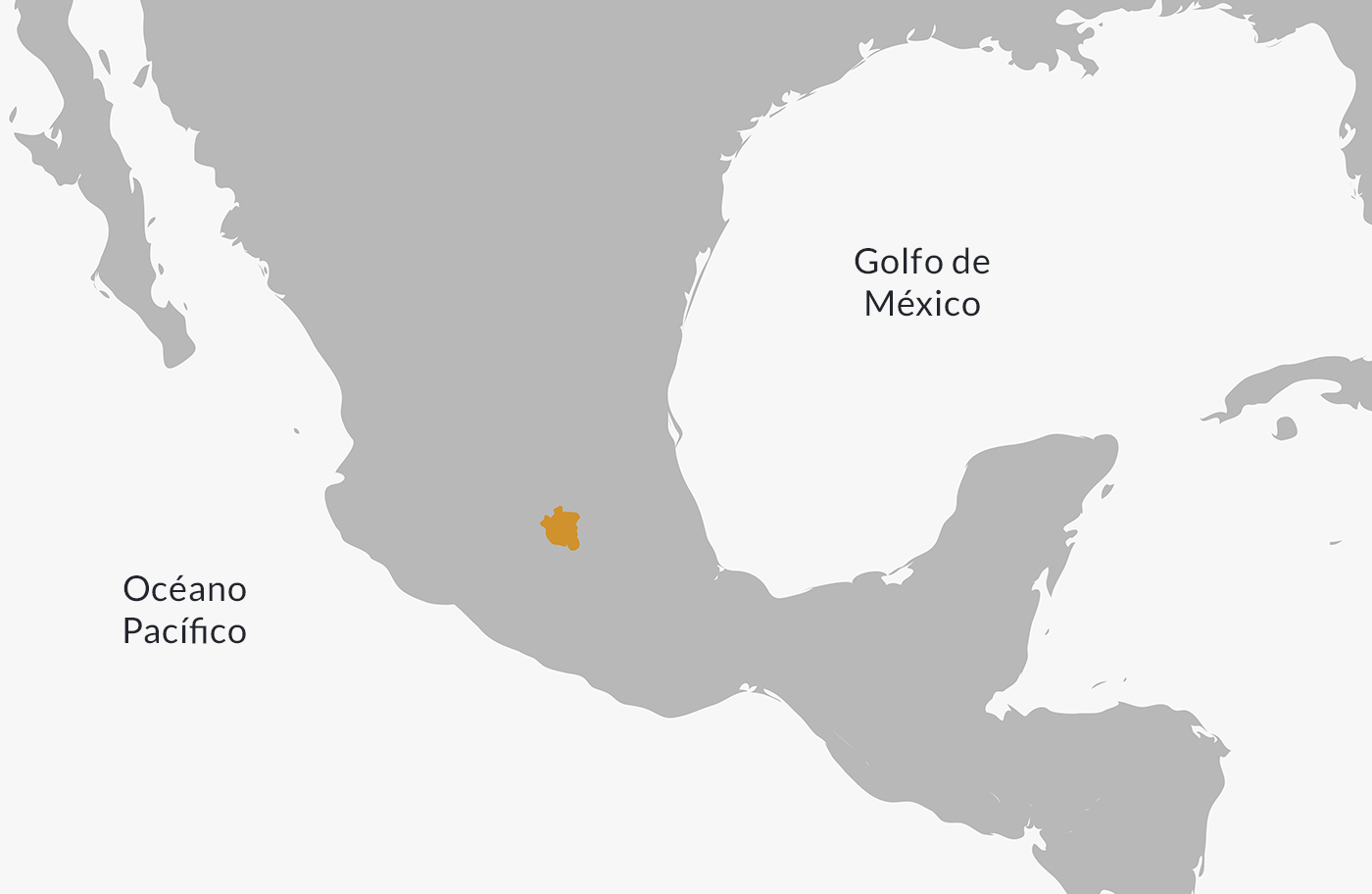 Location on the map of Teotihuacán.

The main characteristics of Teotihuacán are the following: 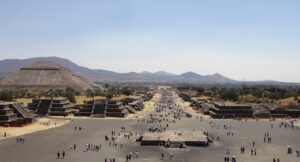 Street (or Calzada) de los Muertos and Pyramid of the Sun in the ceremonial center of Teotihuacán.

Political and Social Organization of the Teotihuacanos

Political Organization of the Teotihuacan

The government was made up of elites who had political, ideological and religious control. The rulers formed a priestly caste. It does not seem that there had been a personalized and dynastic form of power, since no evidence of cult of the king’s personality has been found as in other cultures.

Social Organization of the Teotihuacan

Teotihuacan society was estamental. It was made up of a priestly aristocracy that exercised both political and religious functions. This also controlled administration and commerce, and was the repository of knowledge.

In a lower stratum the artisans and officials of the ruling court were located. Finally, the peasants and servants of the upper class occupied the lowest class.

It is assumed that the general population dressed in loincloths, blankets and sandals, in the case of men, and pollerines and cloaks in the case of women. Members of the higher social groups wore more elaborate textiles, with polychrome and inlaid with mother-of-pearl and stones. They also used ornaments such as nose rings, necklaces, bracelets, earrings and pectorals made of different materials, and they practiced body painting and tattoos.

Religion of the Teotihuacanos

The Teotihuacanos were polytheists. Their gods and many of their ceremonies were shared by other Mesoamerican cultures.

Its main divinity was Tlaloc, god of rain and water. He lived in the Tlalocan, a kind of paradise from where he sent water and other gifts to the earth. Instead, some authors claim that the most important deity could have been a goddess, the Mother of Water. 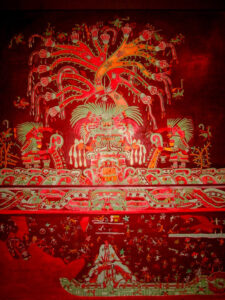 Representation of the Tlalocan. Mural in the palace of Tepantitla, in Teotihuacán.

Thanks to the fresco paintings found in different buildings in the city, it is known that the Teotihuacanos performed great ceremonies and religious festivities with offerings for the gods, in the squares and ceremonial centers. They also performed the ritual of the ball game and human sacrifices.

They believed in life after death; therefore, although the custom of cremating corpses was common, burials used to be carried out with grave goods to accompany the dead in the afterlife.

The economy of the Teotihuacanos was based mainly on agriculture, which they practiced in milpas in the forested hills that surrounded the valley. Towards the end of their civilization they also cultivated terraces and apparently in chinampas.

They grew corn, squash, chili peppers, beans, and tomatoes, among other species. They supplemented their diet with the product of hunting and gathering.

On the other hand, they maintained complex long-distance trade networks. Cacao, quetzal feathers, jade, cotton, rubber, and snails, among many other products, came to Teotihuacán from distant places. There was a merchant neighborhood in the city and there was a large market in front of the citadel.

Artistic Manifestation of the Teotihuacán

The Teotihuacanos built huge palaces and temples on stepped bases, with the construction system of talus and board. Many of them have colorful murals painted with different scenes: representation of gods, ceremonies, naturalistic scenes with water, seeds, marine animal motifs, butterflies, among others.

The decoration in bas-reliefs and the monumental sculpture of a symbolic nature, with representation of the gods, were also important.

As much the painting as the reliefs and the sculpture were subordinate to the architecture in Teotihuacán.