Meaning of the Nigerian Quota System

Quota system is a much abused and vilified instrument of social engineering in Nigeria. It is a principle of representativeness which states that every region or state of the country should be represented in the public bureaucracy of the federal government in proportion to its size or population. 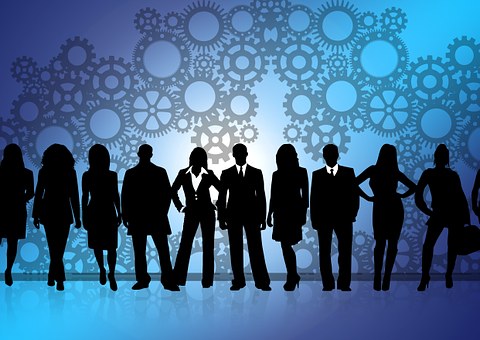 Like federal character which is also a principle of representativeness, the quota system is aimed at achieving a balanced federation in which every state is proportionally represented in government.

It is designed to achieve an ethnic-territorial balance, if need be, at the expense of merit. Thus, in terms of admission to institutions of higher education, recruitment into the civil service and the military and distribution of development programmes, the government (civilian and military) is constrained to adopt the quota system in practice.

Shortly before independence, a quota system for recruitment into the Army was introduced. Under the arrangement, whenever new officers were to be enlisted into the Army, the Northern Region was required to provide 60 percent, Eastern and Western Nigeria, 15 percent each and Mid Western Region 10 percent.

In a situation where a region could not fill its quota, its allocation would be frozen until such a time the indigenes of the state could take up their positions. The principle was also entrenched in the 1979 and 1999 constitutions.

The quota system is not usually problematic when filling political positions such as the appointment of ministers, special advisers, special assistants, ambassadors, etc. After all, the president or governor has the right to appoint those who can best help him achieve his programmes.

But when the quota system, or indeed the federal character principle is extended to civil service positions, “it then becomes difficult to insist on competence and experience.”

Problems of the Nigeria Quota System

The application of the quota system in Nigeria therefore has problems of its own. For example, its application is usually associated with the following problems:

To a large extent, the principle of federal character and quota system are similar. There is, however, a little difference between the two concepts and this is illustrated in the following example.

The Nigerian Constitution states, for instance, that the federal government should reflect the federal character of Nigeria in appointment to public offices and the President is therefore required to appoint a minister from each state of the’ federation.

This refers to federal character. If applied to this example, quota system will not only compel the President to ensure the equal representation of each state in his cabinet but also that the number of ministers appointed from each state should reflect its population or size.

As such, Kano and Lagos States with the largest population may be allocated two ministers each while Bayelsa state with a relatively small population may have one minister.

Unfortunately; both federal character and quota system cannot be employed in a situation where merit is a necessary, and sufficient condition for success. If, for example, the ‘Super Eagles of Nigeria (i.e. the national football team)’ are to play the ‘Three Lions of England’ in a World Cup football fixture, it will be mindless to select players on federal character or quota basis.

In the same vein, merit is necessary to produce the best scientists and academicians for the country. An indiscriminate application of quota and federal character principles may retard the development of the country.

Use The Download Button Below...
TOPICS:What is Quota System in Government