Procedure for Making Law in the Legislature / National Level 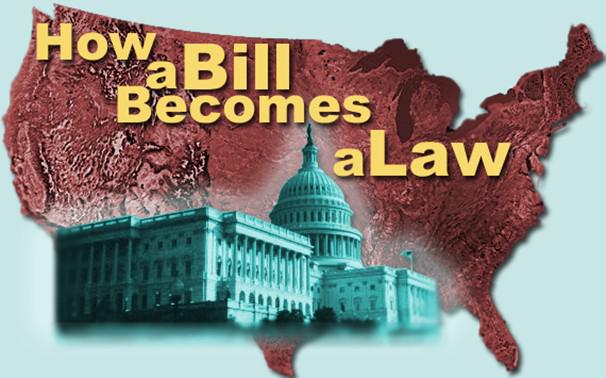 Procedure for Making Law in the Legislature

The major function of the legislature as one of the organs of government is law making. It is also the centre of discussions about policies, programmes and ideas and the place where important decisions are made.

The legislature is often referred to as the Parliament, National Assembly and in some countries it may be called the Congress as in the USA and in other countries, the Chamber of Deputies.

For example in United States of America and Nigeria there are two Houses namely; House of Senate and House of Representatives. In Britain, the two Houses are called Houses of Lords and Commons.

What are the steps in the lawmaking process?

Laws are made through bills. A bill is a draft of a proposed law. The function of a bill is to:

There are two main types of bill, namely, public and private bills.

Public bills deal with issues that are of general concern to the people. Examples are finance or appropriation bills which indicate a government’s proposed expenditure and revenue pattern for a year.

Without legislative approval, the government cannot pay its workers or embark on new development programmes. Some public bills, however, have nothing to do with government finance e.g. a bill to regulate admission to universities. Public bills are usually initiated by the government (or executive).

Private members’ bills are also public bills because when they become law, they invariably affect the public at large. Such bills include the Freedom of Information and Abolition of Capital Punishment bills. These bills may be sponsored by members of parliament.

Procedure For Making Public Bills | How a Bill Becomes a Law?

Private bills are usually promoted by public authorities or private companies. They are mainly meant to seek permission for a government department, corporation, local authority or company to carry out some work.

For example, a bill may be proposed to permit NITEL to construct masts on privately-owned land.

The procedure for making private bills is, to a large extent, judicial in that its promoters and opponents argue out their cases through their lawyers before the Private Bills Committee. If the committee approves the proposal, it becomes a law; if not, it fails.