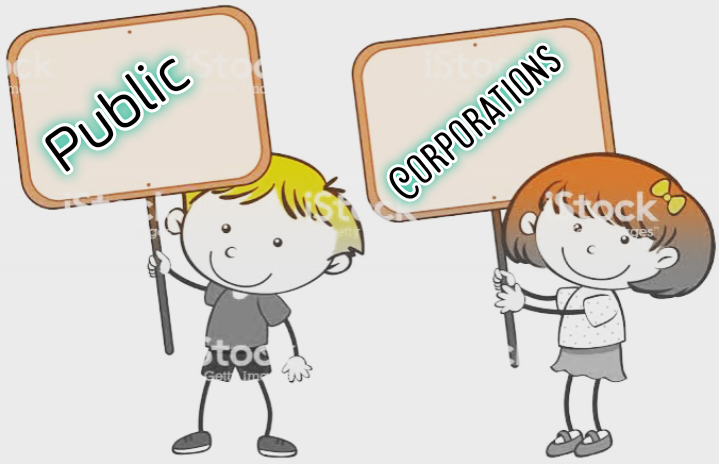 In some cases, the government itself lacks financial discipline, as they are sometimes heavily indebted to these corporations for services rendered to govemment. For example, in 1986 the Federal Government owed the former National Electric Power Authority (NEPA) about N500 million (World Bank, 1987). This sort of uncollected debts owed by the government has grave consequences for the performance of public corporations. Commenting on this ugly situation, the World Bank cautioned that: “Besides eroding enterprise liquidity, this situation undermines the commercial relationship between the enterprise, as provider of goods and services, and the government as consumer”. This gives rise to an increasing dependency of the enterprises on government instead of its operations, as a source of funds (World Bank, 1987).

Apart from being a major debtor to public corporations, the government sometimes compels enterprises to hire labour than required and to purchase and install equipment not needed by the corporations. Moreover, public corporations are often compelled to pay salaries and allowance: they can hardly finance. All these lead to an avoidable decline in productivity.

Government’s excessive control and interference in the affairs of public corporations also undermine the operational autonomy of the enterprises. The president, the supervising ministry, the ruling party, the legislature, the Ministry of Finance and the Auditor General influence decisions of public enterprises and therefore keep the chief executives of public corporations on their toes. “In effect, because the chief executive has too many bosses whom he must please, he has little time to plan for the success of his company. Here lies the problem of government companies and their inability to perform efficiently”.

In the same vein, a former permanent secretary in Nigeria, once observed in respect of the Nigeria Ports Authority that: “It became impossible to manage with firmness capital development projects approved by the board after necessary haggling took months to gain ministerial approval, appointments to posts were controlled by members of the board and ministry’s interference in addition to ministerial dictation on practically every issue was the norm. These practices gave rise to abuses that led to public inquiries into almost all the important corporations in the country”.

A major problem of government parastatals is the politicization of these investments. Political considerations are viewed as more important than economic rationality in the selection and location of enterprises. Even important positions and contracts were given as political patronage, and usually to people who lack the ability to play these roles.

The government’s general regulatory policies on wages, salaries, prices, tariffs and foreign exchange also adversely affect the enterprises. For example, the minimum wage which used to be imposed on public and private sector organizations in Nigeria often failed to consider the ability to pay and the location of the corporation. Ordinarily, a corporation that is based in Lagos should not pay the same salary as the one in Ibadan given the high cost of living in the former. The National Minimum Wage Act of 2019 stipulated the payment of a minimum wage of N30,000 by public and private sector organisations in the country but the crises which this measure generated showed that ability to pay was not a primary consideration in the negotiation.

Related Topic ~  Features of the Presidential System of Government

Leadership in public corporations is to some extent poor. This may be a reflection of the weak and incompetent leadership in many areas of our national life. In many cases, those who are appointed to manage the corporations are not usually the best materials in that sector. Owing to the nature of their appointments, these executives pander more to the than to the public interest. In addition, many of the people who are given the responsibility to run these corporations are civil servants who knew little or nothing about business and who were quickly taken advantage of by foreign business managers and partners of the government”.

The report of the investigation committee into the management of NITEL and M -Tel for the period 1995 to 2001 vividly illustrates this managerial quagmire. “Generally, NITEL staff possess academic and professional qualifications relevant to the business of telecommunications. However, the quality of services provided by NITEL to the members of the public did not reilect these qualifications due mainly to the management’s failure to properly harness these vast human resources” (Report of NITEL Investigation Committee, The Guardian, 22 February, 2002).

Public corporations are generally overstaffed. For example, the size of the Nigeria Railway Corporations has been reduced Within a few years from over 30,000 staff to about 6000 in 2006 yet they deliver essentially the same services. In July 2011, it was announced that about 33,000 ghost workers were removed from the federal payroll.

The general orientation and behaviour of workers in these parastatals is generally inconsistent with customers expectations and market demands. There is usually complete disregard for customer satisfaction and market competition. The Power Holding Company of Nigeria, for example, has changed its name several times from Electricity Corporation of Nigeria (ECN) to National Electric Power Authority (NEPA) but there has been no appreciable improvement in its performance. Frequent power outages are still the norm and the company even disconnects customers for non-payment of bills before the end of the month of consumption. They are never short of excuses for their poor performance. In 2005, herds of cattle took over the runway of the Port Harcourt International Airport risking the lives of mbrc than one hundred Air France passengers. The problem is that the public servant in Nigeria believes he is the master rather than the servant and the inducnces his attitude to word;

To say that corruption is perhaps the greatest problem of public corporations is obviously an understatement. The mind-boggling revelations made in January 2006 after the Bellview and Sossoliso plane crashes about the level of corruption at the various aviation parastatals in Nigeria quite illustrated the gravity of the problem. A former chief executive of one of the corporations in Federal Airports Authority of Nigeria (FAAN), was alleged to have awarded a contract of about N128 million to cut grass at the Murtala Muhammed Airport, Lagos. Troubled by the rot in the system, the Federal Government quickly intervened and removed the chief executives of the parastatals, namely, the Federal Airport Authority of Nigeria (FAAN), Nigeria Airspace Management Authority (NAMA) and Nigeria Civil Aviation Authority (NCAA) (This Day, January 22, 2006). Ironically, some of these appointed to replace them were caught in the same web and the last has minister of Aviation under the Obasanjo Administration are still facing charges of corruption in the court.

The organizational structure of public corporations does not make for good performance. The chief executive (an unelected official) has immense powers and influence in the day-to-day management of the enterprise. In many cases, he manages the enterprise as his personal estate and condones no opposition from staff house unions and even the board.

There are too many public corporations with many of them performing similar or overlapping functions. Before the gale of privatization caught up with this country, Nigeria had more than 500 enterprises. The proliferation of enterprises and the absence of centralized coordinating organs, such as a ministry of public corporations, with requisite capacities deprive the parastatals of any effective guidance.

Use The Download Button Below...
TOPICS:Problems of Public Corporations In Nigeria

Be the first to comment on "Problems of Public Corporations"