Poverty is the state in which an individual or group can not meet basic human needs to maintain a minimum level of quality of life. The lack of income, employment, education, access to health or decent housing are some of the characteristics of this condition.

On the other hand, inequality refers to the unfair or unequal distribution of resources among various people or groups, caused by social, gender, ethnic, religious or other discrimination.

In this way, when we speak specifically of poverty, we speak of the lack of some resource, generally economic, to maintain a dignified living condition. In the case of inequality, this refers to the way in which resources are distributed.

Both situations are complementary, but they do not necessarily present themselves at the same level. There can be a lot of inequality in a society without there being a lot of poverty and vice versa. 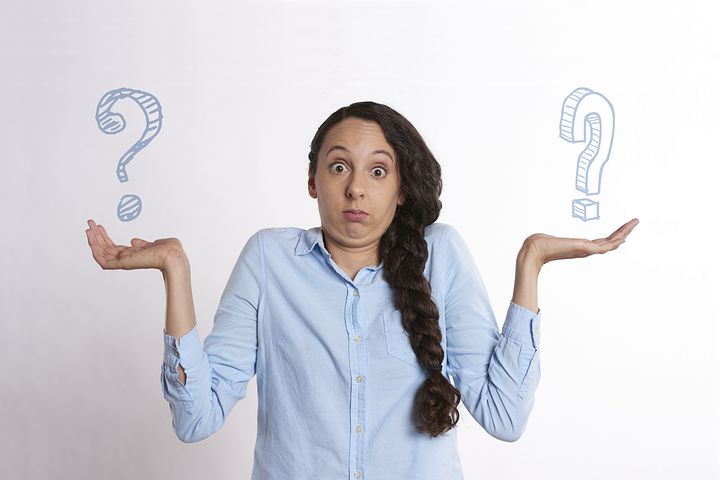 What are the differences between Poverty and Inequality?

Poverty refers to a state in which a person or group of people can not meet basic needs that maintain a viable level of socio – economic life. In conditions of poverty, people are unable to participate in social life and make social contributions.

In this way, poverty promotes a vicious cycle. The lack of employment, education , as well as conditions that allow the socioeconomic development of the individual and the community, limit the possibilities of people to leave this state.

According to the United Nations, a person is in a state of poverty when he does not have access to means that guarantee the satisfaction of certain basic needs.

Lack of resources, discrimination and various forms of inequality, infrastructure problems, wars and conflicts are some of the most common causes of poverty in different regions.

Poverty can be objective when previously agreed indicators are used, and according to which an individual or population is classified as being or not living in poverty. Also, this type of poverty is divided into absolute and relative.

When it comes to subjective poverty , it refers to the perception that people have of their condition, even when they have the minimum income necessary to not be considered objectively poor. That is, if a person feels poor because he cannot satisfy needs that he considers important.

The absolute poverty is a condition in which the income is not enough to meet basic living needs. For example, food, drinking water, hygiene spaces, health, housing, education and information.

Absolute poverty is used to compare poverty between different countries with different socioeconomic conditions. This way of measuring poverty has the advantage of offering objective data that goes beyond the borders of a country.

For example, a salary of $1,800 per month in New York or London is possibly considered a low salary. On the other hand, in Mexico City, that same amount of money would be above the monthly minimum wage.

However, if a family in London lacks decent housing, food and basic services, and the same occurs with a family in Mexico City, it can be said that both are in a condition of poverty. This regardless of the income they have in either city.

This is why it is better to use access to specific basic needs as a measure to compare poverty levels between different countries. If a person is in a situation of absolute poverty, this person is poor regardless of their origin.

A characteristic of this type of poverty is that it changes according to the level of average income within a given country over time. In other words, relative poverty within the same country is variable. For example, the median salary of a person two decades ago is different from the median salary today.

If a person’s salary is the equivalent of $900 per month in England, it is possible that their economic situation is different from that of a person who has the same salary in India, Nigeria, South Africa or Costa Rica.

The international poverty line is an indicator developed by the World Bank used to compare the level of poverty, or access to a minimum standard of living, between different countries. This is one of the best known poverty lines.

This poverty line measures the minimum necessary consumption that allows access to the minimum required in terms of food and shelter, among other elements.

Originally, the poverty line set the minimum daily income of $1 as the limit below which an individual was in a state of extreme poverty. Currently, this figure stands at $1.90 per day.

The use Parity Purchasing Power (PPP) as a basis for establishing a minimum income limit internationally. The PPP establishes that the exchange rate between two currencies should allow the purchase of the same good or service at the same price in two different countries.

A person can have the minimum needs that the poverty line establishes, as well as the minimum income, and still feel that they are in a state of poverty.

Surveys are carried out to measure subjective poverty, using indicators such as the Subjective Poverty Line (SPL). This uses the minimum family income as a reference and people’s perception of whether this income is sufficient to satisfy their basic needs.

Other indicators focus on the minimum income, examining the income and expenses of an individual or family. Here, the minimum amount that people consider is necessary to meet their basic expenses is considered.

Among the problems involved in measuring subjective poverty are the fact that information is collected through surveys, and people’s responses are not always reliable. Likewise, the sample size of respondents can be limited, and coding the results takes time.

The inequality refers to an imbalance or uneven distribution of a resource between two or more agents.

When there is inequality, there is a difference between what someone owns or what they have access to, compared to what another person owns or has access to. Likewise, inequality can span the entire social spectrum and not just populations with the lowest economic level.

Inequality shares with poverty the fact that it can sustain or promote a vicious cycle. It is very difficult to get out of a situation where resources are unevenly distributed.

Inequality can present itself in different ways. In some cases it can be economic, due to an unfair distribution of income in a population. At other times it may be gender, if a person’s treatment and opportunities are valued by their gender.

In any case, the different forms that inequality takes are interrelated. It is common for there to be gender inequality and employment or economic inequality in the same situation.

The social inequality manifests itself when a group or groups of persons are treated differently, or have the right or access to different social conditions, because of their gender, sociocultural origin, religion, among others.

This type of inequality is expressed through discrimination in areas such as political or citizen participation (civic rights), access to health and social security, decent housing, education, etc. Such discrimination may be based on prejudice, stereotypes, or racism.

When there is large-scale social inequality in a country, the affected population or populations remain in a situation that hinders their ability to get out of spaces of marginalization and discrimination.

The economic inequality refers to the difference in the distribution of income in a population. There is economic inequality in a country or region, when one part of the population has limited access to the wealth generated, while another part has the majority of this wealth to its credit.

Some indicators of economic inequality are wealth, income and consumption, performance and / or opportunity (such as investment or employment). In other words, a person or population does not have equal access to these elements, in relation to other people or populations, given the same conditions of participation.

To measure economic inequality, one of the most used measures is the Gini coefficient, named after its creator, the Italian statesman and sociologist, Corrado Gini (1884-1965).

The Gini coefficient works by measuring the income of the population of a country, according to a scale of values ​​that goes from 0 to 1, with 0 being equivalent to an equitable distribution, while 1 represents a totally unequal distribution. However, no country reaches these extremes.

In this, the important thing is to compare the disparity that exists between the income that the richest population obtains in a country, with respect to the poorest population.

Another indicator used is the Theil index, which is the coefficient between the income ratios of different groups.

The gender inequality is based on having a group limited to access rights and opportunities in social, cultural, economic or otherwise, based on gender or sex.

This type of inequality covers various areas of people’s lives, from their personal and family relationships to their social life.

Even if gender inequality is not exclusive to one gender, this inequality has historically affected the vast majority of women, caused mainly by sexist practices.

Some ways in which gender inequality manifests itself are: