Political document signed during the Independence of Mexico.

What was the Iguala Plan?

The Plan of Iguala, also known as the Plan of the Three Guarantees or Act of Independence of North America, was an important document of a political nature, proclaimed by the military Agustín de Iturbide on February 24, 1821, in the city of Iguala, Mexico.

This project was carried out in the middle of the process of Independence of Mexico, which had been trying to happen for 10 years. With his plan, General Iturbide offered to end that long war that only left violence and deaths in Mexico and Spain.

Iturbide‘s project was proposed to the most important and respected insurgent military man of that time, Vicente Guerrero, and was later sealed, which gave rise to the Trigarante Army (union of the royalists and insurgents) and marked an end to this form of struggle for the independence. 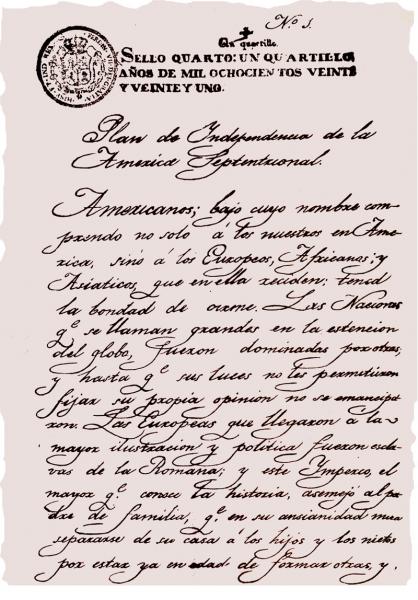 Objectives of the Iguala Plan

Consequences of the Plan of Iguala

The main consequences of the Iguala Plan are the following:

Key Personnel of the Plan of Iguala

The most relevant characters within the Plan of Iguala were: