Patria Vieja: Political and military conflicts that broke out in Chile from 1810 to 1814.

What was the Patria Vieja?

With Patria Vieja, it refers to the stage of political and military conflicts that broke out in Chile from the First National Government Junta, in 1810, until the Battle of Rancagua in 1814, which gave rise to the Spanish Reconquest.

After the capture of the King of Spain Fernando VII by Napoleon Bonaparte, the Chilean revolutionary patriots formed the First National Government Board, with which the first autonomous government of Chile was consolidated.

This government displaced Spanish officials and imposed its own governmental structure even though it still maintained loyalty to King Ferdinand VII.

Given that the Independence of Chile had not yet taken place in its entirety, in September 1811, José Miguel Carrera, revolutionary leader, carried out a coup in order to form a Congress and carry out the total emancipation of the Spanish monarchy.

In this way, the political instances became increasingly radical and the viceroy of Peru, José Fernando de Abascal, entered the matter to avoid the imminent independence of his colony.

This sent royalist troops to fight against the revolutionary patriots and thus began a period of political and armed conflict between the pro-independence and royalist troops, called the Old Homeland.

The series of conflicts came to an end only in October 1814, when the royalist troops under the command of Mariano Osorio defeated the independentistas, a fact that would later start the stage of the Spanish Reconquest. 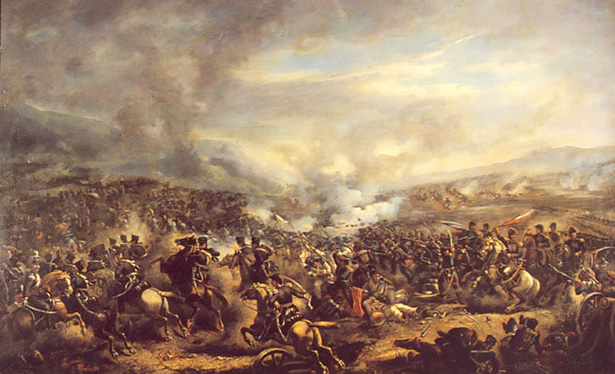 Oil of the Battle of the Oak, during the Patria Vieja.

Causes and Consequences of the Patria Vieja (Old Homeland)

Causes of the Patria Vieja

Among the main triggers of the Old Homeland we can highlight:

The main achievements and events from the Old Homeland are the following:

Battles and Campaigns of the Patria Vieja; Old Homeland

The campaigns developed during this historical stage were the following:

The characters that had the most prominence during the Old Homeland are: