The Nigerian Constitutional Crisis | Motion For Self-government, 1956 by Anthony Enahoro

Constitutional Crises at the Centre

The constitutional crisis at the centre was precipitated by a motion for “self-government in 1956” tabled in the House of Representatives on 31st March, 1953 by Mr. Anthony Enahoro, a member of the Action Group. The motion was for Nigeria to be independent in 1956.

In response to the motion, the Sardauna of Sokoto, Sir Ahmadu Bello moved a motion to replace “in 1956” with the words “”. Sensing that the second motion would likely succeed, the Action Group and NCNC members decided to walk out of the house if the motion was carried.

When the House resumed sitting, a member from the Northern Region moved for adjournment of the legislative chamber and the motion was seconded by another member. With defeat staring them in the face, the members of the Action Group and NCNC walked out in protest.

In spite of the walk out, the remaining legislators passed the motion adjourning the house. The youths of Lagos who had heard of the development in parliament booed and jeered at the Northern members of the House when they came out of the house. The northern members were so incensed at the reaction of the Lagos people that it was thought unlikely that they would ever return to the house.

Meanwhile, the Council of Ministers had decided that its members should not take part in the debate in the house. This decision put the Action Group Ministers in a dilemma and they had to choose between compliance to the councils decision and party loyalty.

If they abided by the decision of the Council of Ministers, they would retain their jobs. On the other hand, they would have to resign from the council, if they showed loyalty to their party (the Action Group). The AG ministers chose the latter option because the party attached much importance to the achievement of self-government in 1956. To do otherwise would have been a great betrayal.

Nevertheless, if the ministers had resigned, the implication would have been that the Western Region would no longer be represented in the Council of Ministers. It should also be recollected that three NCNC ministers had been expelled from the party (leaving only the one Minister from Southern Cameroon) as a result of the Eastern Reglonal Crisis.

Thus, the north and the south were sharply divided on the issue of self-government and the attempt by the British colonial government to appoint new ministers for the Western Region was resisted by the Action Group. But any meeting of the Council of Ministers required the representation of all the regions and without the Western Region ministers, it was unconstitutional for the Council to meet and the paralysis of the Council of Ministers was complete.

The tense situation between the north and the south on the issue of self-government deteriorated as a result of the campaign of the Action Group to the Northern Region in May 1953. There was a riot in Kano during the party’s campaign in the city. About 36 people were killed in the riot, more than 241 were wounded and several properties were destroyed.

It then became clear to the British colonial government and Nigerian politicians that the Macpherson Constitution which provided for a highly centralized system of government could not meet the aspirations of Nigerians for self-government.

The consensus of opinion was that there was a need for constitutional changes to give more power to the regions than had hitherto been the case under the Macpherson Constitution. As a result of this concern with the political development in Nigeria, the Secretary of State for the Colonies, Mr. Oliver Lyttleton invited the Nigerian political leaders to London in 1953 for a conference to prepare the way for a new constitution.

Tags:Anthony Enahoro Motion For Self Government In 1956 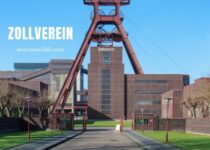 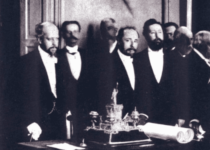