The mid 1960s was a watershed in the political history of Nigeria as the country had to contend with several grave political crises. One of those political crises that almost led to the disintegration of the country was the civil war which began on 6th July, 1967 and formally ended on 15th January, 1970.

This section explains the remote and immediate causes of the war, the attempts made to prevent or resolve it, the principal actors in the war and its consequences for the political system.

The remote causes of the civil war included the following:

The following factors were immediately responsible for the outbreak of the civil war.

As a punishment for this action, which threatened the economic interest of Nigeria, the federal government imposed economic sanctions on the Eastern Region.

Attempts Made to Prevent the Nigeria Civil War

Several attempts were made to prevent or settle the conflict and the following were the most significant efforts made to resolve the crisis peacefully.

Principal Actors In The Conflict of the Nigeria Civil War

The principal actors in the conflict were Colonel Yakubu Gowon, the Nigerian Head of State and Colonel Odumegwu Ojukwu, Governor of Eastern Nigeria, Chief Obafemi Awolowo, Finance Minister and Vice Chairman of the Federal Executive Council, Dr. Nnamdi Azikiwe who defected to the federal side in 1968 and, Colonel Olusegun Obasanjo, General Officer Commanding, Third Marine Commando who received the instrument of formal hand-over from the secessionist, on 13th January, 1970 also played prominent roles in the crisis.

Consequences of the Nigeria Civil War

There were several consequences of the war including the following:

Several African countries only pay lip service to African unity and are quite envious of Nigeria’s leadership position in the continent. The recognition of Biafra by Ivory Coast, Gabon, Tanzania and Zambia and the indifference of many others to the plight of the country during the war buttressed this assertion. 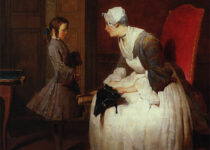