The word ‘nation’ may refer to an ethnic nationality such as the Hausa, Igbo or Yoruba. A nation is different from a nation-state. United States is for instance not yet a nation. In spite of this conceptual problem, nationalism may be defined as “an expression of a feeling of common identity by a group – Barkindo”.

It is not clear which group the definition is referring to – Is it an ethnic nationality or a religious group? In the words of J.H. Price, 1970, nationalism is “a policy designed to achieve self-determination by the removal of alien rule”.

Contrary to the view of Price, it is not every nationalism that is aimed at the removal of alien rule. The kind of nationalism that took place in West Africa before the Second World War was not, for example, aimed principally at the termination of colonial rule. It was meant to seek accommodation for African clues in the colonial society which had neglected them.

Nationalism in the African context may be defined as the struggles by Africans to free themselves from foreign rule, and to determine, after independence has been won, their own future. In the period before the Second World War, nationalism was aimed at resolving certain grievances of the elites.

The nationalists demanded better prices for agricultural commodities and fair treatment for African businessmen and merchants in their competition with Europeans who dominated the economy. Africans also wanted representation in the legislative councils which usually had European majority.

In the social field, they complained about discrimination in the civil service, disparity in salaries between Europeans and Africans and inadequate educational facilities. Africans did not, in any way, seek to undermine the colonial system. They merely sought for reforms and they employed a peaceful approach. The nationalists usually wrote petitions and carried out peaceful campaigns. This form of nationalism is aptly described as proto-nationalism to demonstrate its simple and limited nature.

This method; however, changed drastically after the Second World War. The nationalists embarked upon mass demonstrations, strikes and civil disobedience. They condemned colonialism and called for immediate independence.

Proto-Nationalism Before The Second World War

The exponents of the 19th century Nigerian nationalism were both the traditional rulers and the few elites in what later became Nigeria. They were generally referred to as traditional nationalists. These people were opposed to giving up their territories because they were denied respectable positions in their land or communities by reason of their race.

Nationalism in the territory that later became Nigeria could be traced to the period before the British colonial rule or administration and the amalgamation of Northern and Southern Nigeria in 1914.

There was an increasing resistance by the people to the British conquest and its intended domination.

The origin of nationalist movement in British West Africa could be traced to the indirect rule policy. The policy gave preference to traditional rulers and neglected the educated elites in governance. This did not go down well with the educated elites, especially those living in the coastal areas. The seed of nationalism could therefore be situated in the womb of the indirect rule system. 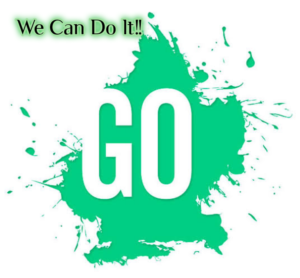 The agitation of the educated elites against the policy knew no bounds. In 1920, for instance, the nationalists from British West Africa converged in the Gold Coast to discuss the exclusion of the educated elements from senior positions in the civil service and government.

Related Topic ~  Government as an Academic Field of Study

Be the first to comment on "Nationalism | Definition, History, & Background"