Merits and Demerits / Limitations of a Federal State

A Federalisn State is one in which two or more independent states come together by contract to form a united state with division of powers between the federal government and the component units.

A federal state can therefore be described as a government with central authority representing the whole in external affairs and in such internal affairs as are held to be of common interest, and in which there are also provisional or state authorities with powers of legislation and administration within the sphere allotted to them by the constitution.

Federalism is a device for maintaining unity in the midst of diversity where the states are not ready to surrender all powers to the central government.

Demerit of a Federal State 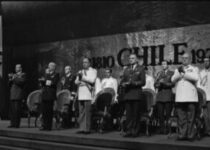