Series of conflicts between the Persian Empire and the Greek city-states.

What was the Medical Wars all about?

The Medical Wars, also called the Median Wars, were a  series of conflicts that occurred from 490 BC to 449 BC, between the Persian Empire and the Greek city-states, from the wishes of conquest of the territories of Ancient Greece (Hellas) by the Achaemenid emperors.

Faced with the advance of the Persian Empire on the Anatolian Peninsula and the Balkans, the Greeks were threatened and had to defend themselves militarily on three occasions:

After these three wars, the Greeks managed to stop the constant invasions by the Persian Empire, which had to give up its expansionist intentions.

In the year 449 BC,  a peace treaty called “Peace of Calias” was signed, in which the two sides agreed not to attack each other again and the Persian Empire had to recognize the victory of the Greek city-states. 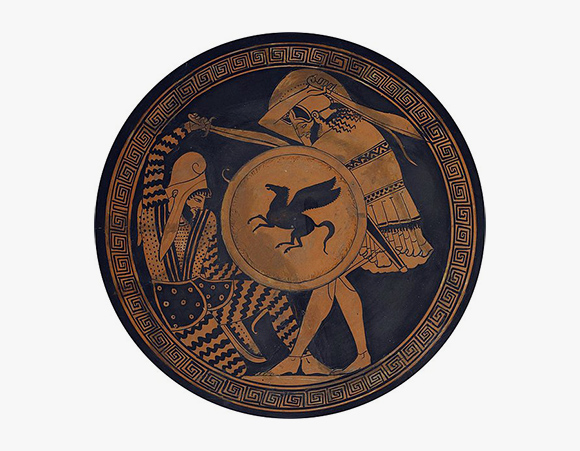 The first medical war broke out in  490 BC., when after a revolt of the Ionian cities of Asia Minor, the Persian emperor Darius I: Darius the Great (Born 550 BC — Died 486) decided to attack Athens and Eretria for having supported the Ionian rebellion.

Eretria was raided and sacked by the Persians, who later went through the city of Athens. In that circumstance, the battle of Marathon took place, in which the Persians fought against the Athenians, who managed to stop the invasion and were victorious.

After their defeat, the Persians tried to invade the Athenian territory again, but when they saw the reinforcements incorporated into the Greek army they began to retreat.

In addition, Athens signed a treaty with Sparta in which they established a military support agreement against any new attack.

The second medical war took place between 480 BC and 479 BC  and it took place after the request of Xerxes I: Xerxes D’ Great, heir of Darío I, to the Greek city states so that they abide by his power. Although several cops accepted for fear of being destroyed, Athens and Sparta again refused.

Then the second medical war began and, before the invasion, a large number of Greek cities united to face the Persian army. First, there was the Battle of Thermopylae, during which the Persians managed to overcome the heroic resistance of the Greeks. At the same time, the allied fleet contained the Persians in the naval battle of Artemisio.

After the Greek victory in the battle of Salamis, the second medical war came to an end with the battles of Plataea and Micala, in the year 479 BC, in which the Greek city-states again achieved victory over the Persians.

By the third medical war, the Greeks had a military alliance of almost every city-state in Hellas. In the year 467 BC  took place the battle of Eurimedonte, in which the Greek military league, called “league of Delos“, led by Cimon, defeated the Persian fleet on the coasts of Asia Minor (Anatolia).

After repeated failed attempts to invade the Greek coasts, the Persian emperor Artaxerxes I agreed to sign the Peace of Callias, a treaty, in 449 BC, in which the medical wars were ended.

In this treaty the independence of the Hellenic colonies from the coasts of Asia Minor was recognized, and Greek control over the Aegean Sea, commercial pacts between the Greeks and the populations of Asia Minor and the end of the Persian invasions on the territories were established.

Causes of the Medical Wars

The main cause of the medical wars consists in the desire of the Persian Empire to conquer the world, devastating entire populations and imposing its ideology and political domination.

In addition, the conquest of new territories generated the Persian empire an increase in wealth and control over trade, which increased its political, economic and military power.

Related Topic ~  Nationalist Movement And The Decolonization Of Africa

The strong religious, political and ideological contradictions between the Persian Empire and the Greek polis, added to the military power that each side had, led them to fight for more than 50 years for the dominance in the Aegean basin.

Consequences of the Medical Wars

The consequences of the medical wars were as follows:

This conflict between Persia and Ancient Greece is considered the first confrontation between East and West. The medical wars demonstrated the superiority of the Greeks in their military tactics and strategies and the ability to confront and stop a powerful opponent, such as the Persian Empire.

In addition, these were decisive for Greek history, since after its victory, Athens lived a period of splendor of philosophy, literature, arts and sciences, and developed direct democracy as a form of government.