Definition: Mass media is the totality of means of communication within a society, state, etc., such as television, film production, radio, newspaper, magazine and internet including news-letter in which messages, news and information get across the population, government and it’s agencies. Mass media also stands as a means of entertaining, informing and instructing in a pleasurable manner.

THE IMPACT OF MASS MEDIA IN POLICTICS/ WATCHDOG

Visuals : appeal to the sense of sight only – charts, maps, globes, etc.

Mass Media As The Watch-Dog

The media is the people’s watch-dog. The media as the Fourth Estate of the Realm watches over the activities of government on behalf of the people. It reports to the people all the activities of government at all levels of governance local, state/regional and federal governments, thereby exacting much political influence. The mass media also informs and reminds the government of neglect to issues deeply affecting the people. For example, deplorable roads, lack of portable water, alarming rate of poverty, violation of people’s right and insecurity of lives and properties across the country. 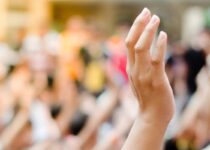