Like power and authority, legitimacy is also a form of influence. It is a lawful or rightful rule. The meaning of legitimacy may be clear if the concept is considered in relation to power.

In the case of power, Mr A, for example, gives an order to Mr B and Mr B is forced to carry it out even against his wish. But legitimacy is a situation in which Mr B feels that Mr A has a perfect right to issue the order to him Mr B and that he Mr B has a complete obligation to accept the order.

According to Robert Dahl, legitimacy implies that the government has the right to issue commands and to receive obedience from the citizens. As such, any duly elected representative government is a legitimate one in that such a government is vested with authority to rule.

On the other hand, the government is illegitimate when the people feel that it has no legal or moral right to issue commands or others to them nor do they have any obligation to obey those commands.

For example, a government which comes to power to a military coup is said to be illegitimate although it may ultimately legitimize itself when it transforms itself into a civilian government it becomes the de-facto and de-jure government of the country.

Legitimacy is a characteristic attributed to everything that complies with what is imposed by legal norms and is considered a good for society, that is, everything that is legitimate.

Normally, this is a characteristic that is frequently discussed in the legal field, in which it states that a situation or phenomenon is considered correct according to the parameters established by the system of laws and regulations.

However, legitimacy can also refer to the characteristics of something that conforms to the moral laws of society, such as justice, reason, among others.

It can be used in countless situations related to political, judicial, economic, social or daily life aspects of people, such as parenthood, marriage, etc.

In these cases, the bonds can be found in various circumstances governed by the law so that they are considered legitimate. Paternity, for example, to be recognized, it is necessary to prove the direct blood tie through the DNA test, which can be requested through a judicial process.

The word legitimacy comes from the Latin term legitimare, which means “enforcement of the law“.

Legitimacy depends on a number of factors among which are:

Similarly, a regime that comes to power through revolutionary means or a military coup maybe the legitimate at the outset but it may acquire legitimate overtime. Nevertheless, a government which does not derive its power from the constitution is like a fish out of water.

In a modern state, the most important source of legitimacy is the people. The people may be defined in two ways, first, as the electorate or a body of voters and second, the whole population of a country.

As the electorate, when the people vote for a certain candidates in an election, they more or less indicate their will and wish. That is, legitimate government is based on the consent of the people. As such, the people are the real source and fountain of the authority of any government.

But this kind of legitimacy is only associated with elections if political leaders are elected through rigged and flawed elections, they forfeit their legitimacy and are consequently disconnected from the people.

In the case of the people as a community, governmental power is legitimized on a continuous or regular basis. The people confer legitimacy on the rulers by their obedience to government. If the people refuse to obey the government or resist its policies, there will be anarchy and the governments is to be legitimate.

This implies that the political party is both an agent and sources of legitimacy and that those who control the government should belong to a political party.

As mentioned above, legitimacy may also be derived from elections. An election provides an opportunity for the people to make a choice as to who should rule them and give their consent to the government. They can also withdraw their consent at another election if the government fails to satisfy their needs.

The greater the involvement of the people in the political and decision-making process, the more legitimate the government becomes. The inverse is also to true.

The legitimacy of a government is enlarged when and if, its decisions are in conformity with the customs and traditions of the people.

Legitimacy is important to a political system in the following ways:

Legitimacy is the ultimate goal, which should be sought by all governments. But many governments, which claim to be legitimate, not legitimate in the true sense of it.

In different part of the world, many governments have come to power through the rigging of election and the manipulation of the people’s will. Thus, the basis of government legitimacy in many countries is dubious.

In the same vein, a military government which becomes legitimate with time is not throughly legitimate in obvious view as it has come to power to the overthrow of an existing political order and it is therefore an imposition of the people.

After all, it is not possible to put something on nothing.

The most problematic dimension is the fact that the government may be democratically elected, yet it may not work in the interest of the people nor provide good governance.

The Shehu Shagari and Muhammadu Buhari administration in Nigeria was, for example, popularly elected but it was not pro-people.

The later, Muhammadu Buhari was even more of a corrupted and dishonesty president that only cares for his own pocket. What can we say? the people who voted for him is blind in the first instance. Nigerian as a whole at that, voted for a colonel blimp and less educative person who can’t even pronouce his own name fluently.

Legitimacy can also consist of a legal attribution that gives a person to act in the discussion about a certain litigious legal situation. It is called legitimacy ad cause or legal standing.

Generally speaking, only people who are related to the facts presented can act in the judicial process.

In this way, active legitimacy is attributed to those who have suffered damage or are being deprived of a right. On the other hand, passive legitimacy is only granted to the person sued if he is the one who caused the damage or is harming the right pursued in the action.

When the law attributes legitimacy to a single subject, who as a rule is the holder of the right, this is exclusive legitimacy. When it is attributed to more than one subject, it becomes the competing legitimacy.

On the other hand, if the attribution of legitimacy is given to the holder of the legal relationship and this corresponds with the legitimated person who will defend in his/her own name, this will be the ordinary legitimacy.

In exceptional cases, where legitimacy is given to someone who can go to court, in their own name, but to defend the interests of another, it is called extraordinary legitimacy or replacement.

Although the relationship between legitimacy and legality is very close, both words have different meanings.

While legitimacy deals with authenticity and justification with the general will, through the law, legality is the performance of actions according to legal principles.

It is very common, especially in the legal field, they appear related, as there is no denying that everything that is legal is presumably legitimate.

It can be replaced by synonyms such as: 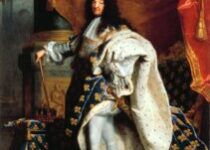