The Igbo live in what is now called the South East geo-political zone and parts of Rivers and Delta states of Nigeria. In general, the Igbo had no central political institution nor traditional political authority in precolonial times. It was essentially republican and democratic in governance. There were, however, a few traditional institutions in the fringe Igbo areas such as Onitsha and Asaba.

In spite of the absence of a central government among the Igbo in pre colonial Nigeria, yet political stability in the area was maintained through a network of kinship groups, age sets, and secret societies, which performed the functions of government in one way or the other.

POLITICAL INSTITUTIONS OF THE IGBOLAND

The following social institutions performed roles that had significant political dimensions in the pre-colonial era.

The family was the basic unit of social organization and administration among the Igbo during the pre-colonial period. The Igbo family was (and still is) patrilineal (a family relationship which is reckoned through the father or through the male alone). A family could be small or large enough to form a village or a clan. The head of the family performed the following functions;

The family head held the “Ofo” title. In theory, the families were equal but, in practice, families were distinguished by their ancestry and wealth.

2 – The Council of Elders

The family heads constituted the Council of Elders or “Ama-ala”. The council was usually headed by one of the family heads. He must be the oldest head of family in the village and must have descended from the original founder of the village. But he was not a traditional ruler in the real sense of the word.

The Council of Elders handled the day-to-day administration of the village. The family heads were required to brief members of their families about the decisions of the council.

The assembly more or less served as a check against the excesses of the Council of Elders. This demonstrated the democratic nature of the Igbo traditional political system.

4 – Priest of the Village God

Each village had its own god and the god had a priest. The village priest was a traditional and significant religious institution. He interpreted spiritual events, pronounced sanctions on those who offended the gods and performed rituals. The village priest therefore wielded a great deal of power in the administration of the village especially since his pronouncements were considered binding.

There were many secret societies and cults among the Igbo though there were stringent conditions for their membership. In the case of the “Ozo” title, membership was restricted to people of wealth and influence in the society. Although they were not traditional rulers, Ozo titleholders played important roles in the administration of the village. They offered advice to the elders, settled family disputes and assisted in settling inter-village conflicts.

The enormous powers conferred on Ozo titleholders whose only claim to the pre-eminent position was wealth indicated the importance attached to material success in the Igbo society. There was no parallel in the Fulani and Yoruba political systems.

The age groups or age grades played important roles in the Igbo traditional political system. An age group comprised all the male children who did their initiation around the same time. Being generally young, they provided free labour for the construction of public projects such as roads and markets, enforced decisions of the Council of Elders and served as the police and military force of the community.

Besides, the age groups settled disputes among themselves, checked the behaviour of one another and summoned the family heads for important meetings.

The deviner or “Nde Dibea” was also important in village administration. As the intermediary between the village deity and the people, the utterances of the diviner were more or less laws in the society. 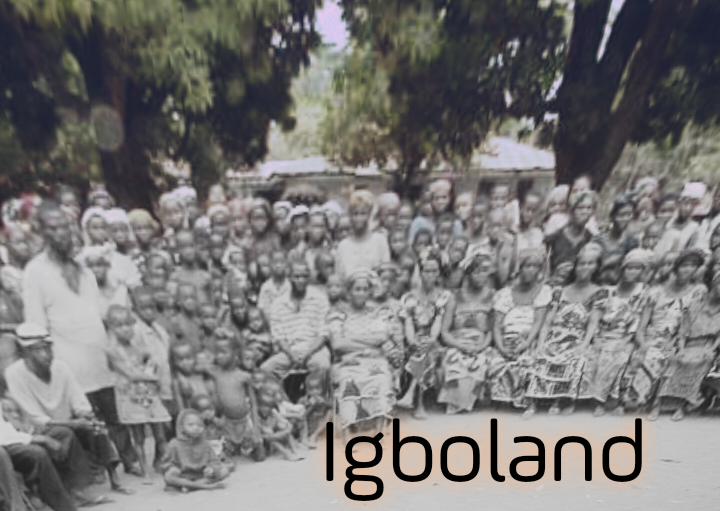 In the Igbo traditional political system, the functions of government were, performed by any one or a combination of two or more of the political institutions mentioned above.

There was no legislature as such, but laws were made all the same. The following institutions took part in the law making process directly or indirectly.

The principal instrument for village administration was the Council of Elders. Other institutions which assisted in managing the affairs of the village included the following.

There were no formal courts in the mould of the Alkali courts of the Fulani emirates yet there existed institutional mechanisms for the administration of justice. The following institutions were involved in rule adjudication of the Igbo traditional society.

Be the first to comment on "Igbo Pre-Colonial Political Administration"