The Differences Between Growth and Development

The growth is an increase or increased somewhat and development indicates a transformation or evolution. In general, development is the result of sustained growth, which can lead to confusion between the two terms; however, there may be growth without associated development.

The economic growth is defined as the rise in national income or per capita gross domestic product or gross national product (GNP / GNP). The economic development is defined as an increase in income per capita , improved quality of life, reducing poverty and fundamental changes in the structure of the economy.

The terms “economic growth” and “economic development” are often confused. For development to occur, citizens must participate in the process of structural change and must benefit from the fruits of change. Therefore, growth can occur without development, but development without growth is not likely.

Economic growth is the process of improvements in the living conditions of a society, which is measured as the increase in real income per person, reflected in the country’s gross domestic product GDP. This process depends on the net investment and possible technological advances that the workforce may have made.

The factors that affect economic growth are:

In practical terms, economic development occurs when there is a transition from an agrarian or raw material-based economy to an industrial and knowledge-based economy, adopting new technologies and the general improvement of quality of life standards.

Economic development results from the dynamic interaction of:

The Human Development Index by the United Nations Development Program is designed to provide a measure of economic development that goes beyond measuring the growth of per capita income and instead focuses on measures that are correlated with the quality of life such as:

Growth and Development in Biology

When the term ” biological growth ” is used, it refers to the increase in size or number of individuals. For example, when bacteria divide and form colonies, there is an increase in bacterial cells which is termed as bacterial growth.

On the other hand, the term ” development ” in biology involves transformations that occur in a living being that lead them to a higher level of maturation. For development to occur, there must be growth of the underlying structures.

The control of human growth and development, which can last up to 20 years, is determined by genetics and the environment.

The personal growth involves aspects of the type how a person reacts when presented with new information and situations, how it relates to other people and what ways have fun. The personal development focuses with new learning, performance improvements as a person and / or professional. 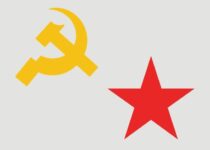