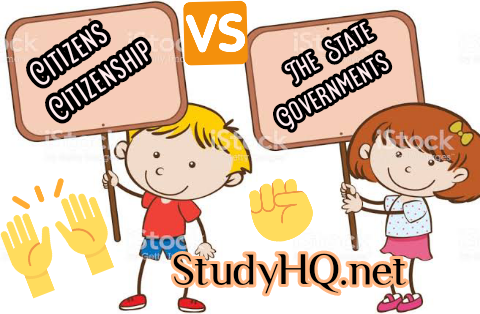 The fundamental human rights of Nigerian citizens are listed in Section 4 of the 1999 Constitution as follows:

These rights are enforceable as the individual can assert them in the High Court as provided in Section 46 of the 1999 Constitution.

Related Topic ~  Advantages and Disadvantages of Federal System of Government

This is a marked improvement on the 1979 constitution whose provision on fundamental human rights could not be enforced. There are also in Chapter Two of the constitution what it styled as Fundamental Objectlves and Directive Principles of State Policy. They include right to education, right to work, etc. But they are not enforceable.

Rights of the citizens consists of the rights and privileges which the state creates and protects for its subjects (the people). The most impcntant of these rights are: