Representative government, also known as indirect democracy, is defined as a government of elected representatives of the people. Those elected, through organised elections, rule on behalf of the people and with every assurance that their interests will be enhanced and protected.

The system is based on accountability and responsibility of the political leaders. Elections into different positions in government are conducted periodically.

The major features of representative government are the following.

2. Existence of an Effective Legislature

The representatives must be free to debate issues and take decisions. In other words, as representatives of the people, the legislature should not be encumbered in any way in the performance of its duties.

To ensure the freedom of legislative discussion and decision-making, representatives should be entitled to the following:

The legislature must serve as a bulwark against the encroachment of executive power, especially on the liberties of the individual. In short, the civil rights of the citizens such as freedom of association and expression must be protected. This allows the people to participate actively in the government.

The decisions of the legislature must be binding on the government.

Every individual must have equal eligibility to executive, legislative and judicial positions. 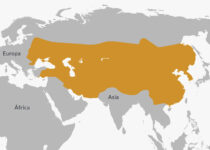