Single party system or One Party State may be defined as one in which only one legal and legitimate political party is constitutionally recognised in the country. No other party is recognised and can therefore not exist. 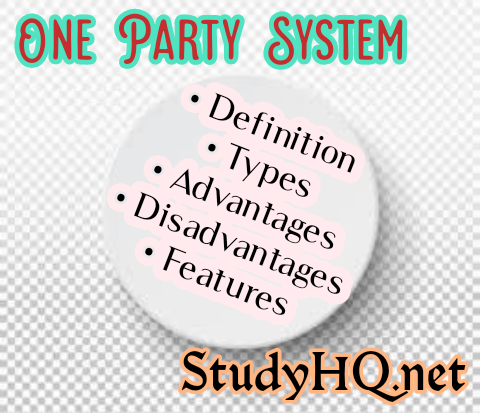 One-party system is a common feature of communist or socialist countries. Examples are; North Korea, Cuba and China. In Africa, Malawi, Kenya, Zambia, etc, were formerly one party states.

The main characteristics of one party state may be summarized as follows:

On the other hand, the monolithic party is a party, which is nearly always associated with the name of one man. For example, the Convention People’s Party of Ghana was associated with Kwame Nkrumah.

Numerous other parties existed and they were allowed to freely compete with the dominant party, even taking control of many of the Indian states. In October 1969, Kenya banned the only opposition party (the Kenya People’s Union) yet she refused to officially declare a one party state. But Kenya is a multi-party state today.

Be the first to comment on "Features of One-Party State"