The Nigerian Code of Conduct Bureau

The Code of Conduct Bureau was first established under the 1979 Constitution of Nigeria. The Bureau comprises a Chairman and nine other members who are supposed to be aged between 50 to 70 years. It is not clear why the minimum age for membership of the Bureau is 50 when the minimum age for the President is 40.

The work of the commission, however requires a high degree of exposure and tact.

Aims and Objectives of the Code of Conduct Bureau – Nigeria

The main objective of the Code of Conduct Bureau is to ensure accountability and probity in the public service. The establishment of the body by the Murtala Mohammed Government in 1976 may be seen against the backdrop of the retirement of more than 10,000 civil servants by the Federal Military Government in 1975 for reasons bordering on corruption and declining productivity.

Functions of the Nigerian Code of Conduct Bureau

The Bureau is required to perform the following functions:

The Nigerian Code of Conduct  Tribunal

The Code of Conduct Tribunal is established to punish those who violate the provisions of the code. The Tribunal has equal jurisdiction with a High Court and it comprises a chairman and two members, all of whom are appointed by the President. In 2006, the Tribunal was embroiled in legal controversy about what constitutes its quorum.

There is, for instance, no reason why the declaration of assets by public officers should be a secret affair. Moreover, asset declaration will be meaningful if only it is done before and after taking the officer. But more importantly, the Bureau has to demonstrate a great deal of initiative in the discharge of its functions and operate judiciously.

Mandate and Powers of the Bureau
The Code of Conduct Bureau and Tribunal Act, Chapter 58 LFN 1990 gave the Bureau the mandate to establish and maintain a high standard of public morality in the conduct of government business and to ensure that the actions and behavior of public officers conform to the highest standards of public morality and accountability.

To implement the above mandate, section 3, part of the Third Schedule to the 1999 Constitution of the Federal Republic of Nigeria as amended has provided an enabling legal environment for the bureau to:

Receive declarations by public officers under paragraph 12 of part 1 of the fifth schedule to the constitution.

Examine the declaration in accordance with the requirements of the code of conduct or any law.

Retain custody of such declaration and make them available for inspection by any citizen of Nigeria on such terms and conditions as the National Assembly may prescribe.

Ensure compliance with and where appropriate, enforce the provisions of the code of conduct or any law relating thereto.

Appoint, promote, dismiss and exercise disciplinary control over staff of the code of conduct bureau in accordance with the provisions of an act of the National Assembly enacted in that behalf and
Carry out such other functions as may be conferred upon it by the National Assembly. 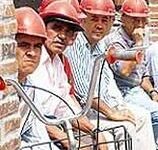 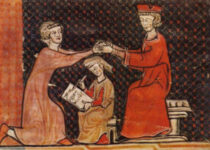