Advantages and Disadvantages of Capitalism 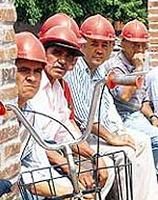 Capitalism is an economic system that is based on private ownership of the means of production, as well as on the principle of free market, whose objective is the accumulation of capital. The word is formed from the union between the noun capital, which in this context means ‘set of economic goods’, and the Greek suffix ism, which means system.

Therefore, capitalism is a system based on the ownership of the means of production and resources, from whose trade the profits are extracted.

Capitalism proposes market freedom as a basic principle. The market, according to the traditional capitalist model, is regulated by the law of supply and demand, aimed at satisfying consumer needs. In this sense, competitiveness among producers is a key aspect of this economic system.

However, the definition of capitalism is not exact since in each nation, in one way or another, various conditions are established on the production, commercialization, distribution and price of the goods and services produced.

Advantages and Disadvantages of Capitalist Economy

There are many inherent advantages in capitalism.

Related Topic ~  The Control of Civil Service in Nigeria

The major disadvantages of capitalism are: