The committee submitted its report to government in October 2003.

Reasons for the 2003 Local Government Reforms in Nigeria

The reasons for the 2003 Nigeria local government reforms included the following:

There were certain ambiguities and contradictions in the 1999 Constitution of the country which tended to undermine the gains previously achieved in local government reforms. For example, Section 7 (1) of the constitution gives the states power to make laws on the establishment, structure, composition, finance and functions of local councils.

On the other hand, Section 8 (S and 6) empowers the National Assembly to legislate on new councils before they can be legal.Thus, the decision of the Federal Government in April 2004 to embargo the disbursement of subventions to local government councils in five states (Lagos, Niger, Nasarawa, Katsina and Ebonyi) was based on the argument that the process of creating local governments in those states could not be completed without the approval of the National Assembly.

However, the court ruled that the Lagos local government funds should be released. The Obasanjo Administration ignored the apex courts ruling, but one of the first actions of the Yar‘Adua’s government was to release the money.

Thus, constitutional provisions which have tended to hinder the control and running of local councils need to be amended. This would appear to be a clear legislative function which should not have been remitted to an ad-hoc committee like the Technical Committee on Local Government Reforms.

These were clear statements by the former President about the poor performance of local governments and its assumed causes. Whether one agrees or not with this analysis of the problem of local councils in Nigeria is an entirely different thing. There is, however; little doubt that local governments in Nigeria have not performed to expectation if account is taken of the poor delivery of service at the local level.

Related Topic ~  Limitations on the Powers of the Executive Branch

Recommendations of the Technical Committee on Local Government Reforms

The foregoing depict the problems and challenges, which the Technical Committee on Local Government Reforms was required to address. It would appear, however, that the committee did not rise up to the expectation of Nigerians.

Its major recommendation was that the parliamentary system of government should replace the presidential system at the local level. 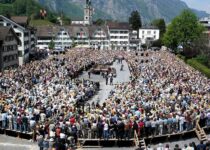